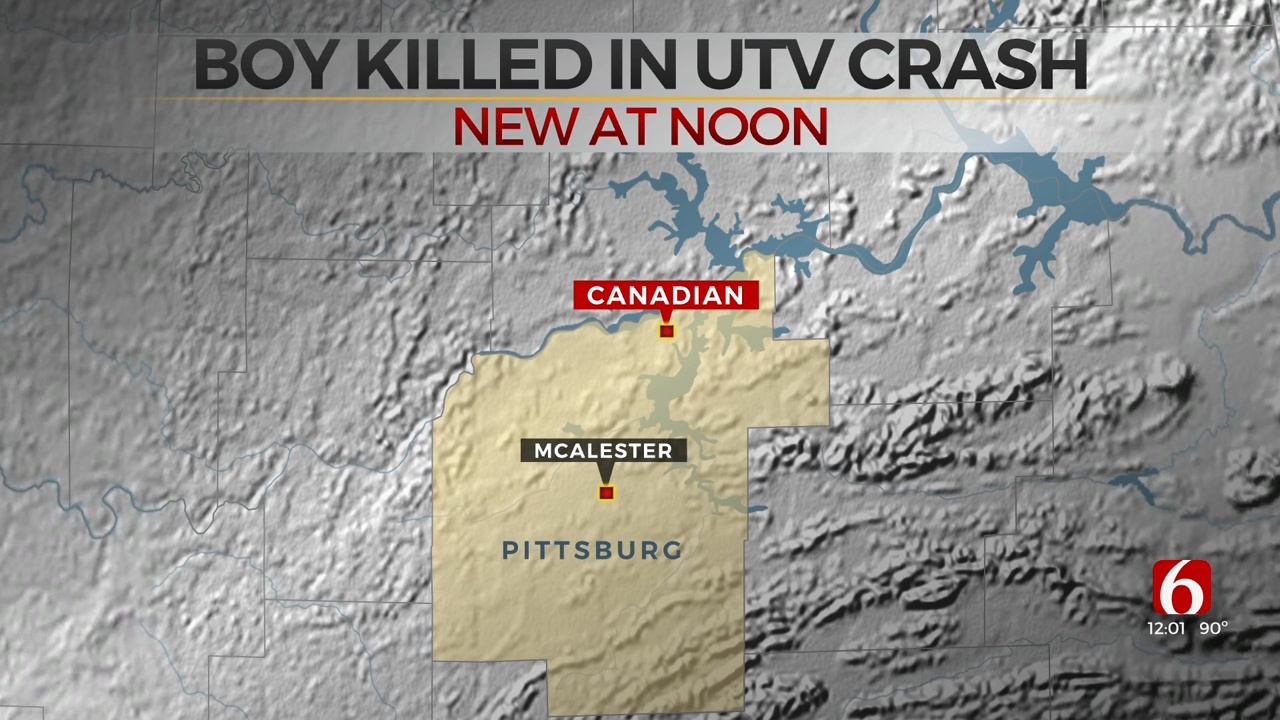 Oklahoma Highway Patrol Troopers say a Eufaula child is dead after a crash involving a UTV in Pittsburg County on Tuesday afternoon.

According to troopers, two 13-year-olds and two nine-year-olds were traveling in a 2021 Polaris UTV that was being driven by one of the teens.

Troopers say the group was driving northbound along Nitzel Road when they attempted to make a left turn and lost control of the vehicle, causing it to roll partially. Troopers say the crash partially ejected one of the nine-year-old children, leaving them pinned beneath the vehicle.

According to troopers, the child who was pinned by the vehicle was taken to a McAlester hospital where they were pronounced deceased.

One other juvenile involved was taken to the hospital and was released after being treated for injuries.

Troopers say they believe speed to be the cause of the collision, and no other vehicles were involved.

This is a developing story. Stay with News On 6 for the latest updates.