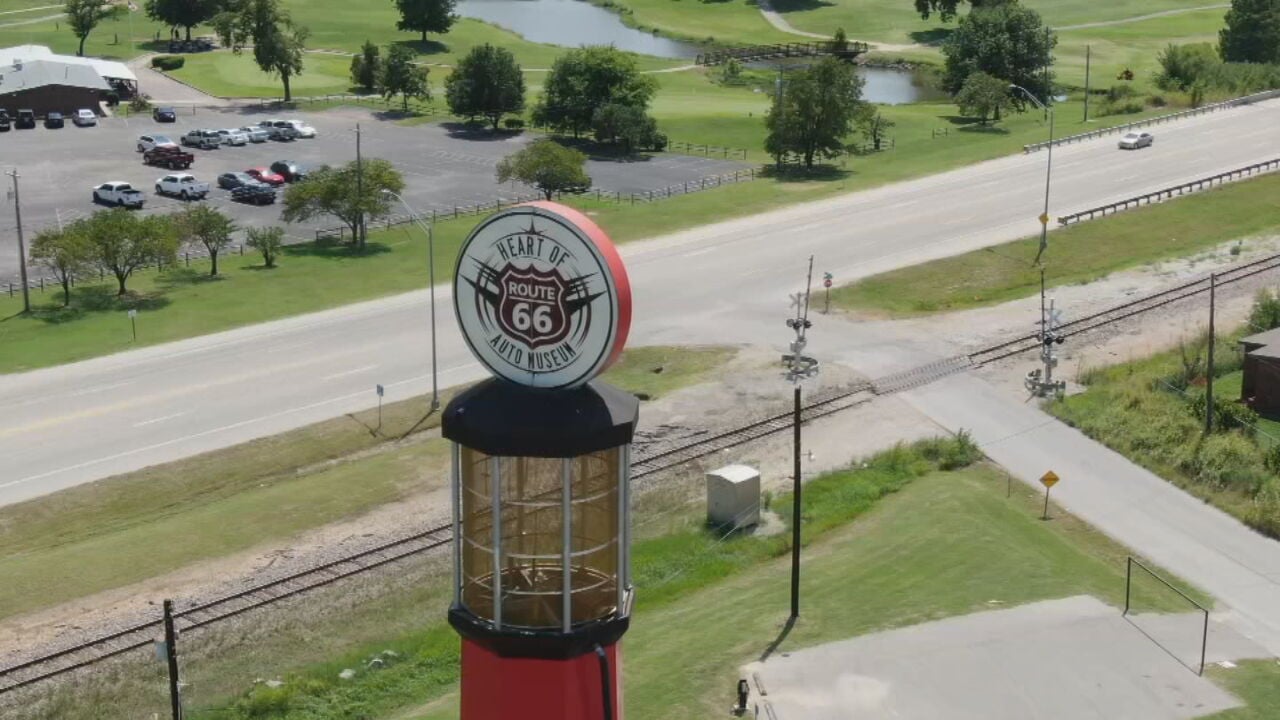 The Heart of Route 66 Auto Museum has an expansion planned they hope to complete before a Centennial celebration of the highway.

It's already a landmark on the western edge of Sapulpa, because of the gas pump, but supporters of the Heart of Route 66 Auto Museum believe it could be more than it is.

The museum has a revolving display of about 36 classic and antique cars, most on loan from collectors. The cars are inside an old National Guard armory that's too small to hold more cars, and host other events.

The new addition will add 7,400 square feet to the building, with a glass showroom facing the highway and a plaza allowing tourists to see the pump up close.

“People see the gas pump but sometimes don't read the sign at top that it's a car museum” said Joe Smith, one of the founding members, “so with the glass and a row of cars down front, they'll be able to tell what it is.”

Smith said collectors have offered more cars for display, and the museum hopes to have room - once they raise money - and build on. “I think we'll probably double the number of cars we could put here, if you want to fill up with cars - we could put a row along this wall, and that wall and down the center."