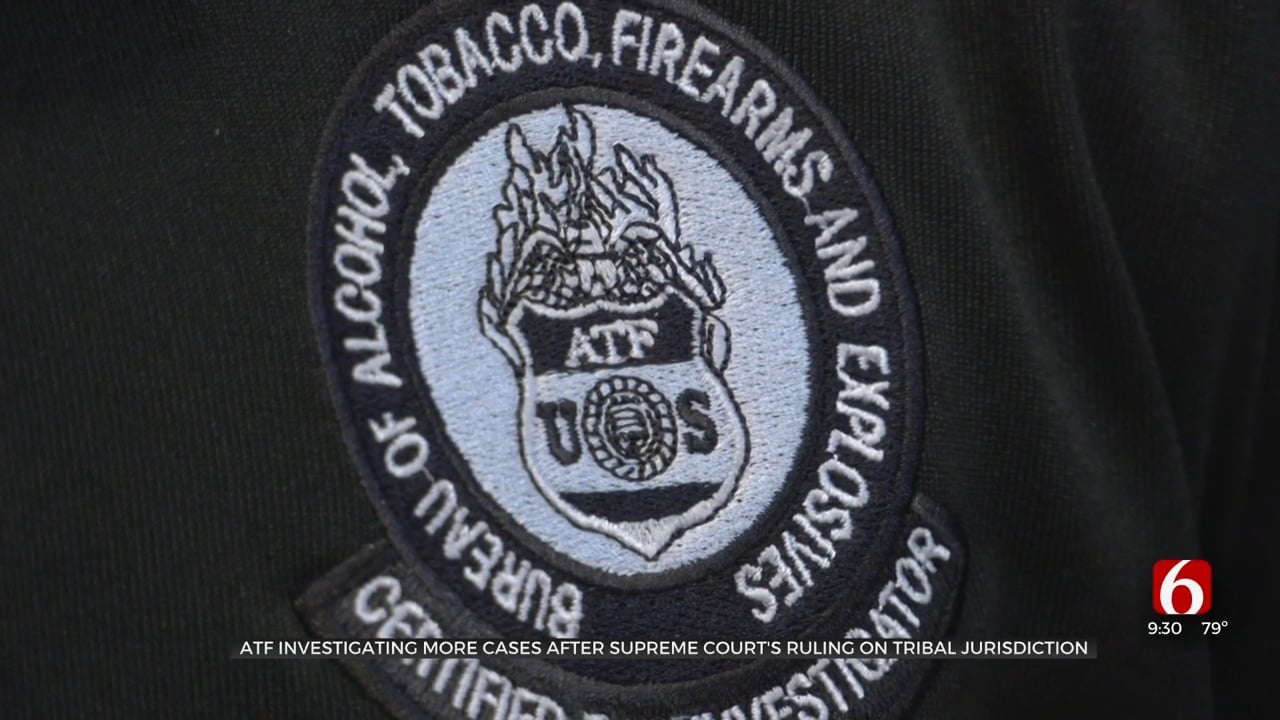 The ATF said it is now investigating more arson and fire cases than ever because of the Supreme Court's ruling regarding tribal jurisdiction.

If the victim or suspect in an arson or fire case is a tribal citizen, they are called in to investigate, no matter the circumstance.

The ATF said its workload has increased by almost five times. Even though investigators are busier than ever, their main priority is keeping Oklahomans safe.

"Sometimes it feels like it all happens at once, a few weekends ago we had 6 fires in a row and our guys and gals went 9 days without a day off," said ATF Resident Agent in Charge Ashley Stephens.

Stephens said arson is considered a major crime, and if the victim or suspect is a tribal citizen, it must be investigated federally no matter the circumstance.

He said before the ruling the ATF office in Tulsa had 10 agents.

They've now added a new office and have 14 agents total, plus have added a task force with 23 officers who are trained to investigate fires federally.

"We are training their fire marshals up to our standards and deputizing them so they have that jurisdiction to go and investigate a fire," he said.

Stephens said everyone has stepped up to make sure they can handle the workload, and it's amazing to see the relationships grow between state, local and tribal authorities.

"Every law enforcement agency here in Oklahoma has been working together. They are doing everything they possibly can to ensure that you are safe and that justice will be served," he said.

He said the Supreme Court's more recent Castro-Huerta ruling on tribal jurisdiction has not lessened the workload.