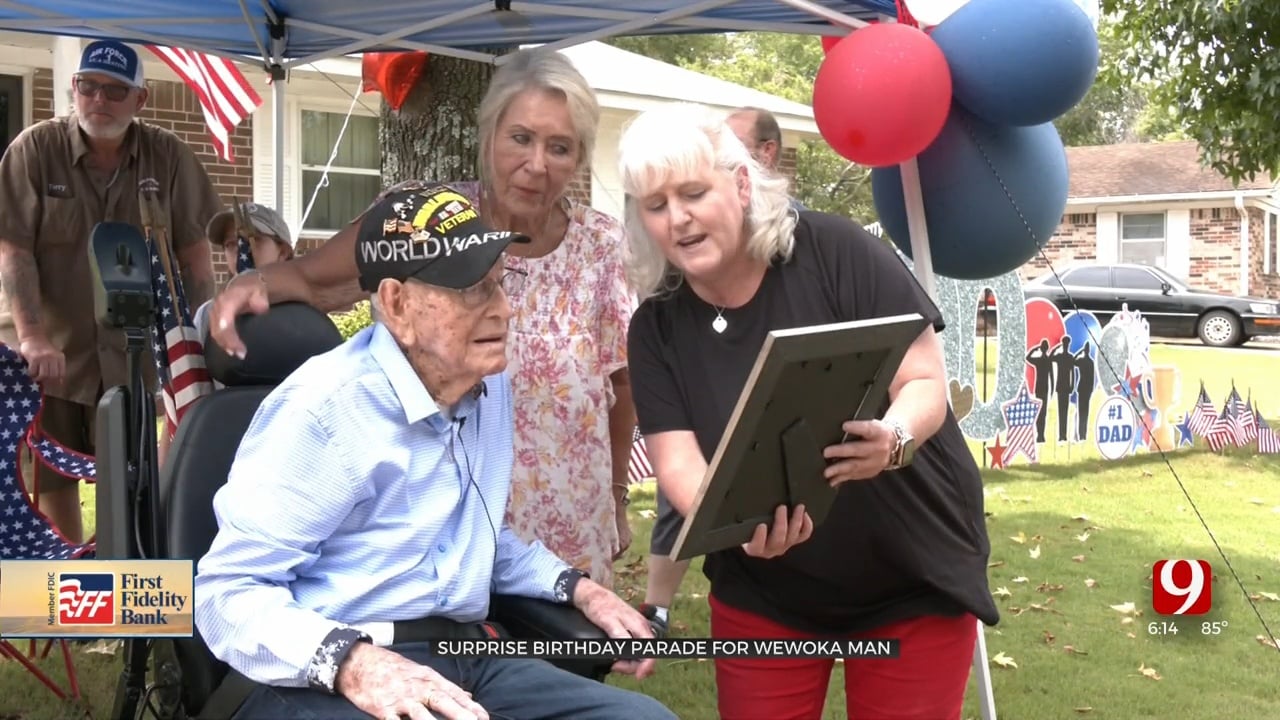 World War II veteran Dewey Muirhead is a pretty big deal in Wewoka, and Friday for his 100th birthday the entire town came out to show him just how special he is.

For his 100th birthday Mr. Dewey wasn’t sure what to expect. His family wanted the day to be a surprise for him, but the whole town was in on it.

As he ate pizza, all he knew was that there was a family dinner planned for Sunday.

As the town prepared for the surprise parade, Mr. Dewey made his way close to the street, for a front row seat for a parade in his honor.

Led off by the police and fire departments, cars lined up for blocks.

There were so many cars the family lost count. Mr. Muirhead has always been fascinated with cars, so the classic cars really got his attention.

There were also some very prestigious presentations made.

“This is a flag that flew over the state Capitol and a proclamation from the state, so thank you very much sir,” all presented by a veteran’s group.

There was also a presentation from The Centenarians of Oklahoma, and one really big honor presented by the mayor of Wewoka.

“I think he was surprised, but I was also surprised at the wonderful turnout that we had,” said Moody.

When asked if he had caught on to the surprise...