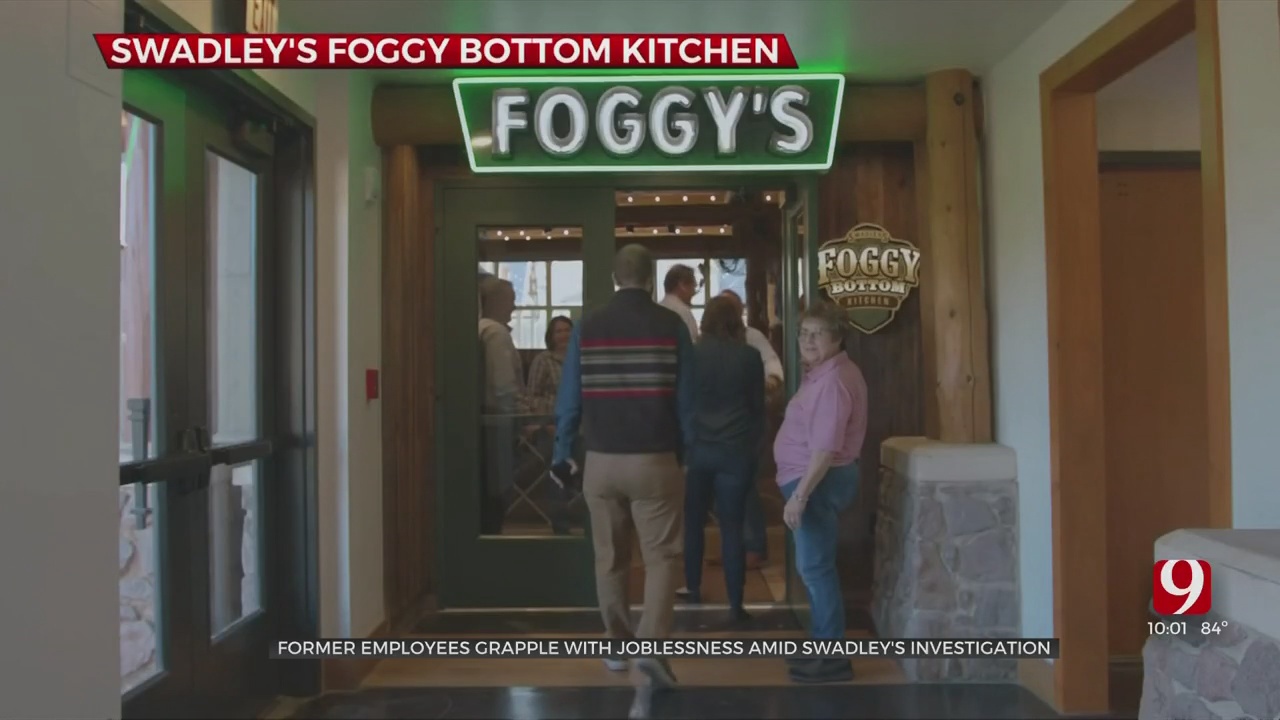 Karen Muno was packing her bags for a family trip on the morning of April 25. It was supposed to be her first vacation in years.

I’m packing to go and all of a sudden my phone blows up,” she said. Her coworkers at Swadley’s Foggy Bottom Kitchen at Quartz Mountain State Park had sent a letter written by then-Tourism Director Jerry Winchester into a group chat.

The letter made it official: the Oklahoma Tourism and Recreation Department canceled its contract with Swadley’s Foggy Bottom Kitchen, which meant Muno was out of the job.

She immediately canceled the family trip.

“I didn't go because you know, that money I saved to take that vacay-- I got to pay my bills,” Muno said.

Muno, a career restaurant server of 40 years, had started working at FBK only a few months prior. The pay, equipment, and culture made her excited to go to work, she said.

“It was just exciting because it was an opportunity to work in a really good restaurant,” Muno said. “It makes me emotional because it was so life-changing.”

Muno was one of “close to 300” employees who lost their jobs from the contract termination, according to a Swadley’s Foggy Bottom Kitchen statement from that day.

Winchester wrote in the letter to Swadley’s that the state suspected the company of “fraudulent activity.”

The state’s deal with Swadley’s is currently the subject of a forensic state audit, a criminal investigation, and a legislative committee probe.

The OTRD filed a lawsuit against Swadley's Foggy Bottom Kitchen last month for breach of contract. Neither the OTRD or Swadley's has returned a request for comment on the contract since the filing.

Muno said she still wonders why the contract was terminated without warning.

“Why weren’t we allowed to know anything? Why the hush hush about everything? If they knew this was coming, why didn't they give us forewarning?” she said.

Another former employee, Dorothy Gaines, told News 9 that she bought a car a few months after starting at Foggy Bottom Kitchen but may not be able to keep up with payments.

“I was going to work hard to pay that car off, but I’m probably on the verge of losing that now,” Gaines said. “We came here, we worked hard, we did all this, but there are no answers for us.”

“Greed cost us everything,” Muno said. “Self-esteem, pride, all of it. It's just gone.”