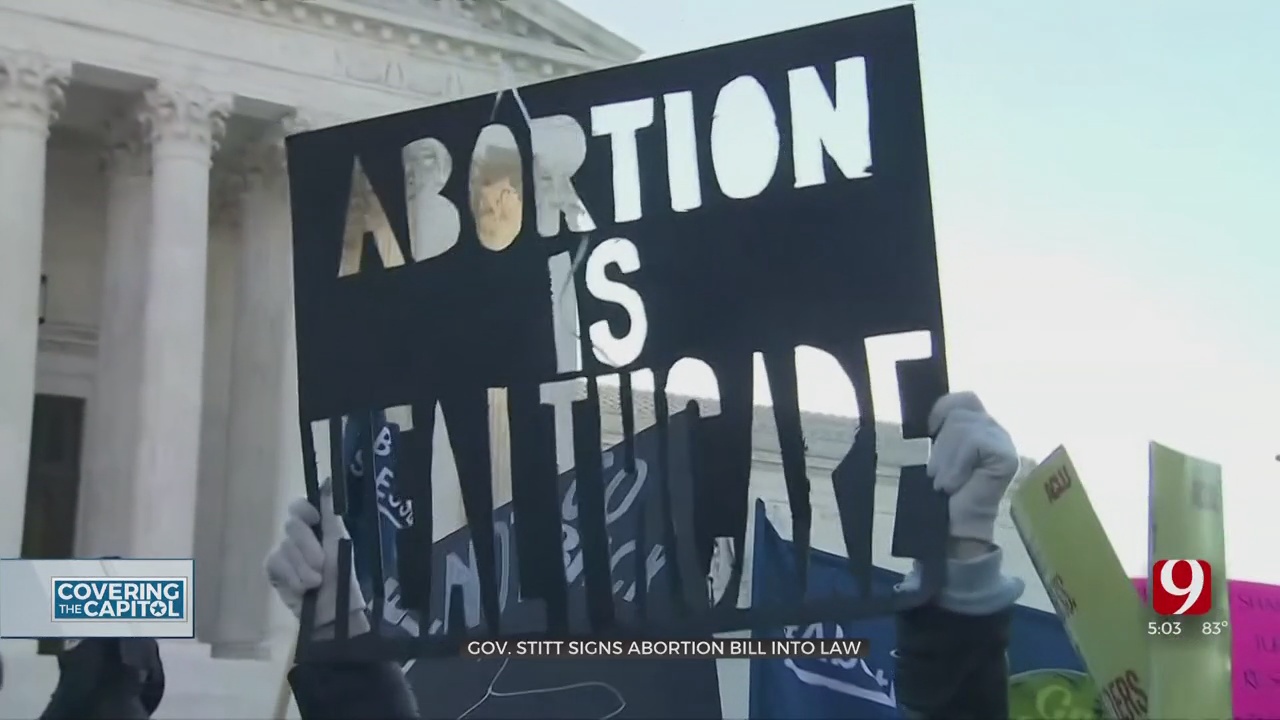 Oklahoma Gov. Kevin Stitt signed into law what some said could become the most restrictive anti-abortion measure in the country.

The law is set to take effect in August, but legal challenges are nearly certain.

After clearing the state House and Senate with more than 80 percent support, Stitt signed SB612 that would place doctors behind bars for performing an abortion. The bill does not give an exception for rape or incest, only the life of the mother in a medical emergency.

“We want to outlaw abortion in the State of Oklahoma.” Stitt said Tuesday.

While the Governor’s intentions were clear, reaction to the bill becoming law was varied.

“This is a wonderful day. This is a historic day,” Rep. Jim Olsen, R-Roland said.

“We are extremely disappointed that Governor Stitt would sign such a harmful and dangerous bill,” Tamya Cox-Touré with the ACLU of Oklahoma said.

SB612 makes performing an abortion a felony punishable by up to 10 years in prison and a $100,000 fine. The Governor acknowledged a legal challenge is imminent.

“Attorney General John O’Connor and I know this bill will be challenged immediately by liberal activists from the coast,” Stitt said.

“We are Oklahomans. We live here, we pay taxes here and most importantly we expect a legislature and politicians to stay out of healthcare decisions,” Cox-Toure said.

Many believe whether or not this law actually takes effect hinges on a pending U.S. Supreme Court decision.

“This is going to be influenced by the Supreme Court and how they handle the Dobbs decision,” Oklahoma Attorney General John O’Connor said.

At the heart of the case is a Mississippi law that bans abortions after 15 weeks of pregnancy. The case is a major test of the high court’s 6-3 conservative majority. A decision on the case is expected before the summer.

“We’re so excited about the Supreme Court addressing this issue and giving it back to the states where it belongs,” Stitt said.

Three other Anti-abortion bills are now one step away from the governor's office after clearing a House committee Tuesday.