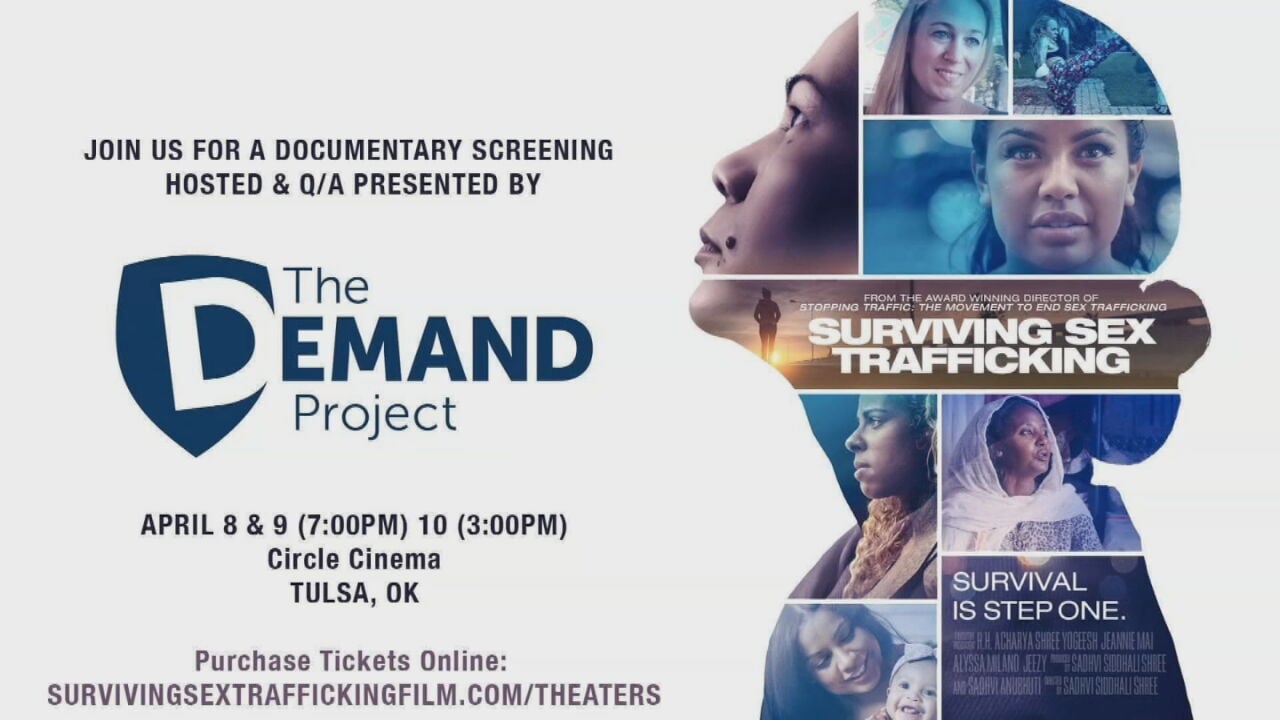 Organizers say they want people to see this documentary so they can get an understanding of what sex trafficking really looks like and know it's a real problem across the country as well as in Green Country.

The documentary is called 'Surviving Sex Trafficking' and follows the stories of four women, who are all survivors.

"When people hear human trafficking they don't think necessarily think that's for them or an issue for them, and we want to connect the dots by showing them real stories, real life stories," said Jamie Miller with The Demand Project.

Jamie Miller with The Demand Project said it shows that sex trafficking can happen in many different ways. "All started at different ages, all different cities in the United States, and so getting people to the film to understand the people that we are serving and this crime that we are fighting is crucial," she said.

Miller said they want people to understand sex trafficking may not be like what you see in a movie, and that it is impacting people in Green Country. "We have kids in our schools systems that are being trafficked, we have kids in our youth groups across Tulsa that are being trafficked on the weekends or at night, and we want educate people to know the signs to look for," she said.

The film will be shown at Circle Cinema Saturday, April 9 at 7 p.m. and Sunday, April 10 at 3 p.m. After each showing is a 30 minute question and answer session with law enforcement, survivors, and The Demand Project Staff. Tickets for a showing at Circle Cinema are $11.