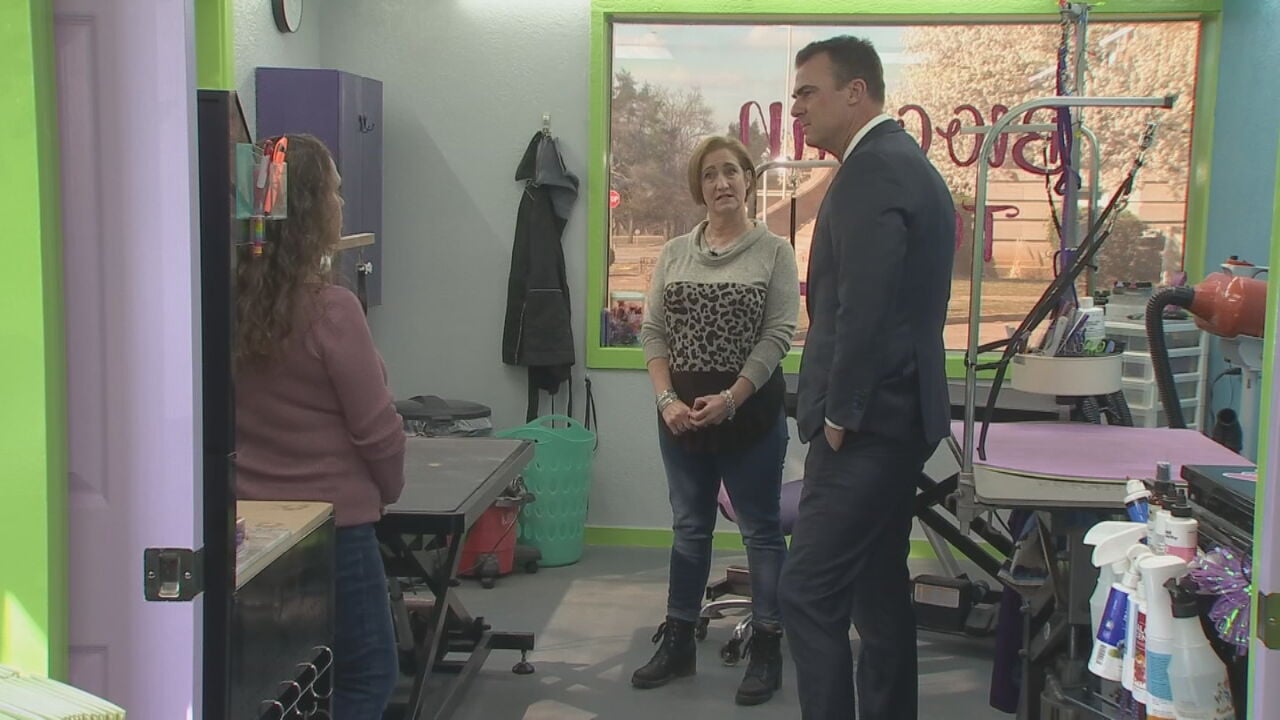 Governor Kevin Stitt traveled around Green Country on March 31 for some campaign events. He stopped by a Bartlesville business that is owned by former prisoners who turned their lives around and want to help others.

The women who own this dog day spa met while they were in prison. They said they're grateful for this second chance and are excited to pay it forward.

Stitt stopped by Bloomin' Tails, which opened six months ago. The owners, Sandra Conway and Michelle “Micki” McNutt, said they want the world to see how they have turned their lives around.

The women went to prison for trafficking methamphetamine and met in dog training classes while in a McLoud prison. Conway got out on judicial review in 2017.

"Being 50 years old, for the first time in my life, I actually have something that I can be proud of and be the person that I want to be," said Conway.

McNutt went out on parole in 2019. "We're still in contact with women in prison, and so we like to mentor to them and tell them what it's like out here,” said McNutt. “There's still ones that do need a second chance."

News On 6 asked Stitt about political ads like the one that talks about Lawrence Anderson, whom Stitt commuted and later confessed to killing three people.

"We look at past behavior, violent versus nonviolent, and that whole team studies everything,” explained Stitt. “Occasionally, some thing is unfortunately missed from those folks, but the other option is to keep every single person in prison forever, and that can't happen either."

McNutt and Conway said they hope a few bad apples will not ruin it for others who are deserving of a second chance.

“Remember, it's not what you've done,” said McNutt. “It's what you do from here forward that makes a difference."

Conway and McNutt said they hope to expand their business, possibly open another location and hire other former prisoners.