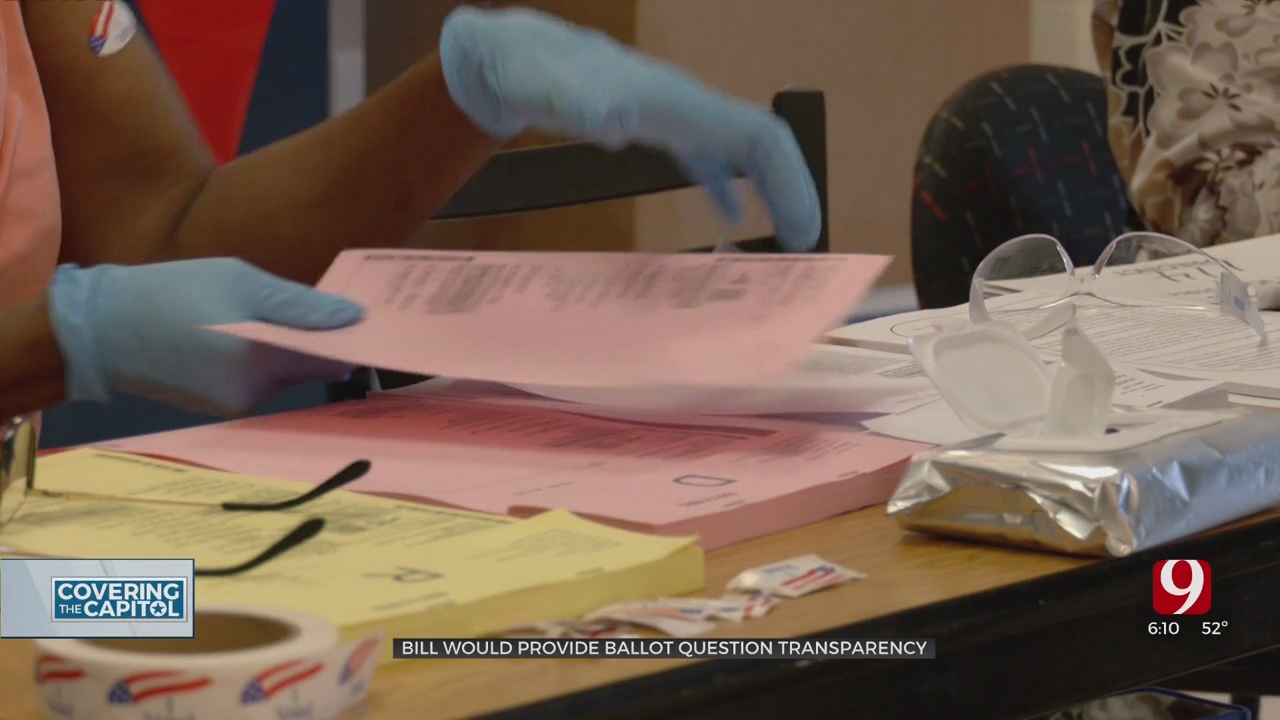 Oklahomans could soon learn more about who's funding ballot questions across the state.

Voters are often faced with several questions in the voting booth, from legalizing medical marijuana to approving OKC's MAPS sales tax and soon a vote on funding a new Oklahoma County jail.

Under a bill passed Monday, campaigns supporting or opposing those types of questions would have to disclose where their money is coming from.

“It’s a level of transparency and I think most Oklahomans appreciate the transparency,” Rep. Kevin West, R Moore, said.

On the House Floor, several Democrats noted the bill removes a requirement to get organization documents notarized, something that is required for absentee ballots.

In the past, some Republican lawmakers have supported making it more difficult to pass state questions. They argue out of state interests are able to fuel campaigns to change Oklahoma law.

While the bill was passed off the House floor Monday, the title was removed, signaling the bill's author has more work to do before final passage.