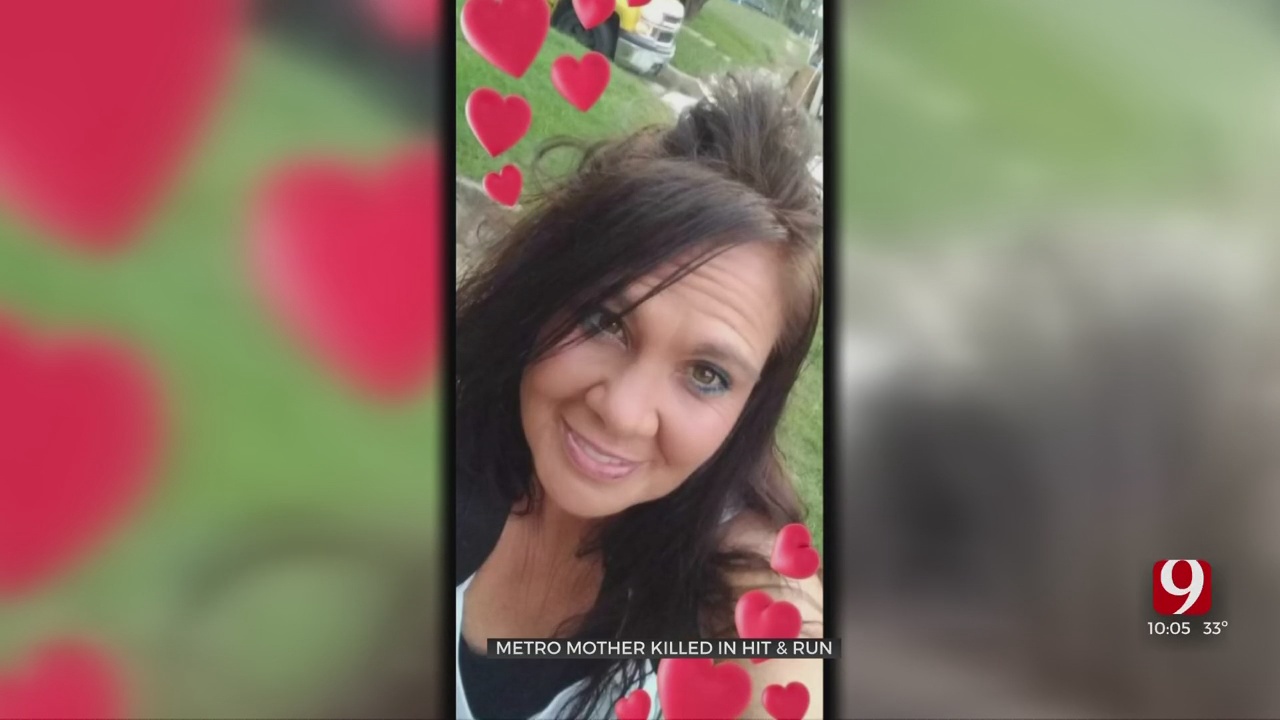 A metro family wants to know who killed their mother in a hit and run and left her on the side of a road.

Cuesta Molina told News 9 she was on the phone with her mom minutes before the incident. She gets more anxious as days pass with no answers about who is to blame.

“It is not a phone call I wish on anybody,” said Molina as she recounted the call from the Oklahoma City Police Department that her mom was dead.

“It was very tragic I broke down immediately,” said her brother Michael Estep.

Both told News 9 they are heartbroken. Their mother, 46-year-old- Heidi Smidt, was killed in a hit and run crash on NW 140 and Penn.

“My mom was stubborn but very loving. She would give anybody anything she had, it doesn’t matter what it is. She would give somebody her last penny if she thought it would really benefit them. She loved her grandkids,” said Molina.

On March 2, around 7 p.m. Smidt was hit by a white dodge-ram truck near the Quail Springs Mall.

“Just the fact that my mother was so young and healthy and tragically getting taken away from us has been the hardest thing to comprehend,” said Estep.

The suspect then drove off, leaving Smidt on the side of the road.

“Accidents happen but whenever you kill somebody and run away it’s not okay. I’m going to miss her phone calls and her stubbornness. I am just going to miss talking to her about whatever is going on in my life,” said Molina.

Police said the truck should have front end damage.

“We’re not going to turn any tip away the public is great at helping us out and sending in tips that we can follow leads on. No lead is too small,” said Dillon Quirk with the Oklahoma City Police Department.

Both have a message for the suspect as police continue their investigation.

“It’s only a matter of time. We aren’t going to give up,” said Molina.

“You took my mother and one day you are going to have to answer to God for that,” said Estep.

The family has a GoFundMe to help with funeral expenses for those that want to donate.