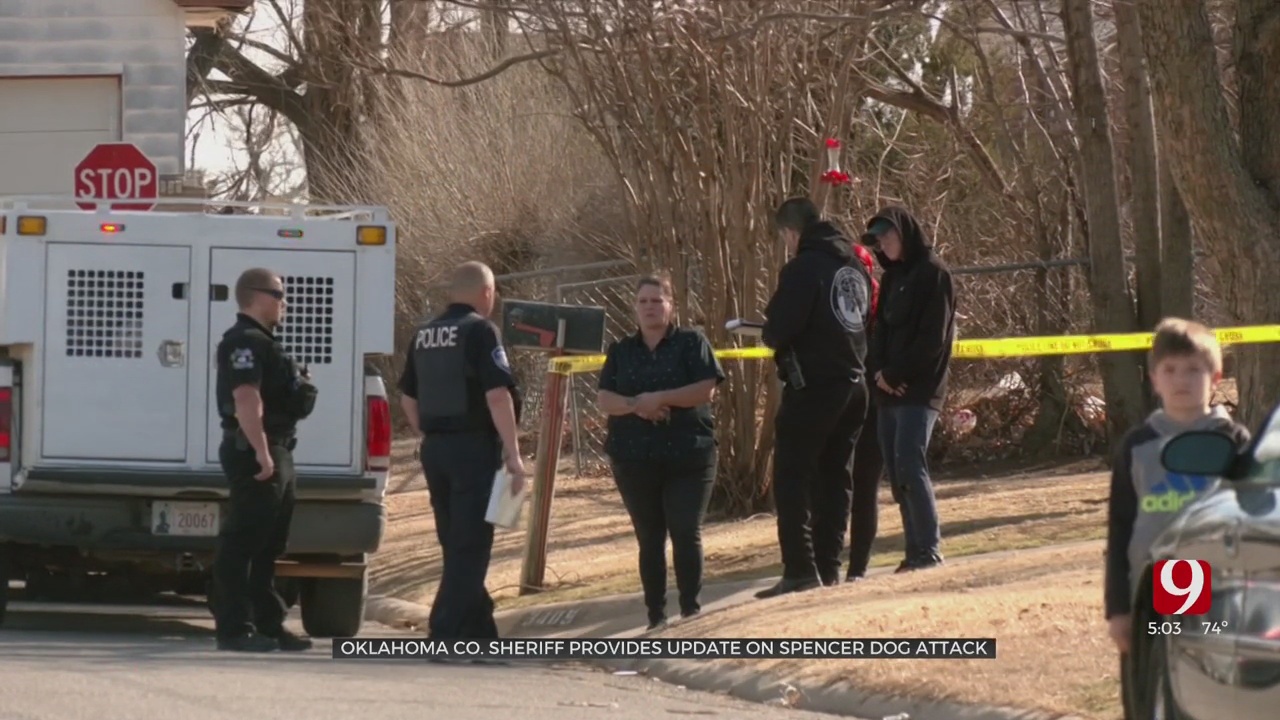 We're learning new details after a toddler was mauled by a pit-bull in Spencer. Investigators say the child wandered into the neighbors' backyard, just moments before the brutal attack.

During an update from Oklahoma County Sheriff Tommie Johnson Tuesday morning, he said after one-year-old J.J. Rodriguez walked into the yard, that neighbor heard a noise and when he opened the door, the dog ran out and attacked the boy.

"Attacked a little baby that was playing in his front yard on a beautiful day that they were just being children," said Delfina Wright, J.J.'s grandmother.

Rodriguez was transported to OU Children's Hospital in critical condition.

Investigators say when the dog owner opened the door, four other dogs got out as well, but they're still unsure if those other dogs joined in on the attack or not. They've learned that Rodriguez was not being watched by an adult at the time and both the dog owner and Rodriguez's family could face charges.

"We have to make sure we're watching our kids and what they're getting into, to protect them," said Johnson "Then as dog owners, we have to make sure that we are responsible pet owners and that we have a fence that they can be contained."

The Sheriff's department confirms there have been at least four calls in the last two years regarding loose dogs coming from the dog owner's property. Spencer city code says residents are not allowed to have pit-bulls, even if it's a mixed breed, but the sheriff's department says that is not part of their investigation.

News 9 spoke to the dog owner, and she says the pit-bull has never shown signs of aggression before.

"He was a very good dog," said Angel Gray. "He sits, he shakes, he sleeps in the bed with my seven-year-old."

As for Rodriguez, investigators say they spoke to his family who said his health is improving. He still has his eyesight and did recognize his parents.