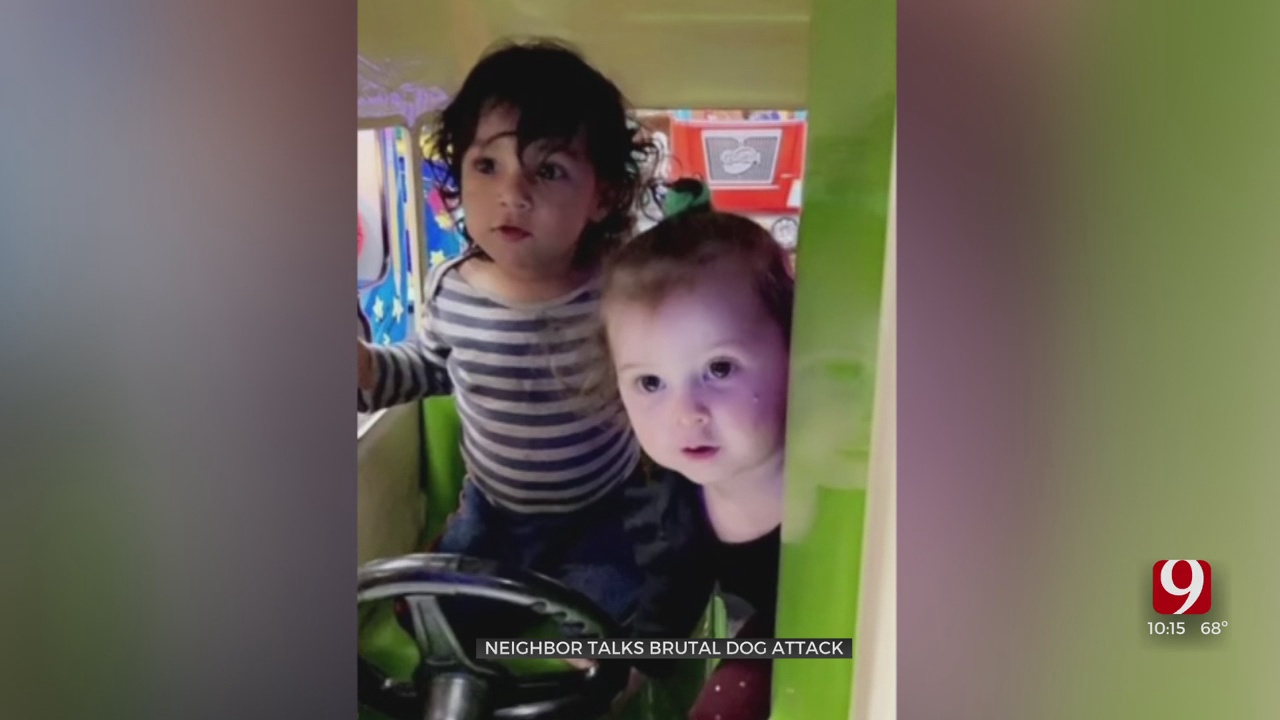 The owner of a dog that viciously attacked a young boy in Spencer is speaking out.

“I’m terribly sorry that that happened to the family. my heart goes out to them. my heart is broken,” said dog owner Angel Gray.

The owner told News 9 the animal never showed any signs of aggression until it bit the boy's face.

“He was a very good dog, he sits, he shakes, he sleeps in the bed with my 7-year-old,” said Gray.

But Sunday after Angel Gray claimed her neighbor's child, 1-year-old wandered into her backyard, the dog attacked.

Her husband stepped in.

“My husband was on top of the baby trying to protect him and screaming for someone to help,” said Gray.

She said J.J.'s father heard the screams and came to help and kicked the dog off of his son. He was rushed to the hospital, badly hurt.

As doctors work to keep the child alive, investigators work to piece together exactly what happened.

﻿Related: Child Recovering After Being Mauled By A Dog In Spencer

“There's been no citations, you can go to animal welfare and go and check yourself. We've never had any citations for our dogs, ever,” said Gray.

Regardless, Gray said their thoughts and prayers are with the boy and his family.

“My husband is torn apart over this. He's emotionally tore up over it, he really is,” said Gray.