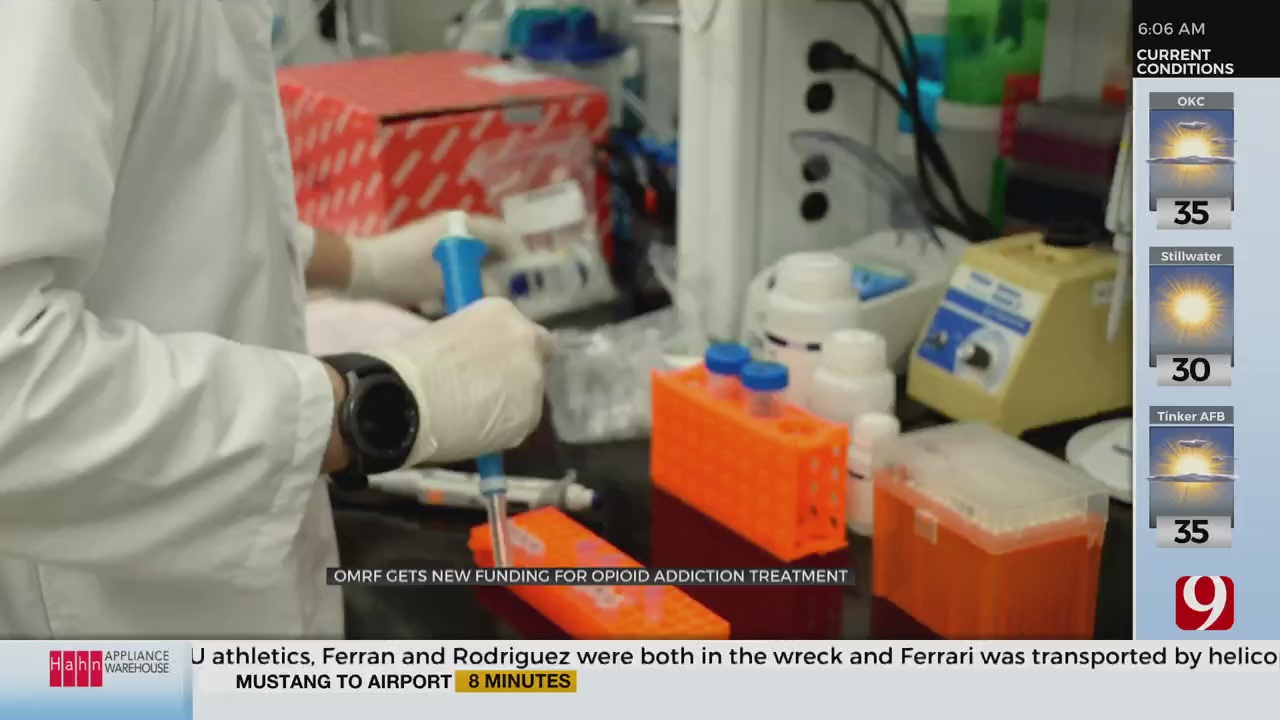 The CDC predicts more than 800 Oklahomans died from opioid overdoses in 2021 alone, a more than 15% jump from the year before.

In the same year, opioids accounted for 70% of all drug overdose deaths, according to the U.S. Centers for Disease Control and Prevention.

You can view the CDC's drug overdose data here.

The Oklahoma Medical Research Foundation is getting $1.1 million from the Department of Veterans Affairs to make a change.

It could also save countless others struggling with addiction.

"We research things we don't know. We study how the brain works, we try to figure out how we can possibly target certain things in the brain to treat things like drug addiction that hurts a lot of people," said Beckstead.

There are treatments for overdoses out there, but nothing to target the addictive behavior itself.

Beckstead’s treatment will be the first of its kind.

"We are trying to identify pathways in the brain that are specifically involved in addiction, and so we are studying a couple of chemicals in the brain," said Beckstead.

It will focus on the brain's reward pathways and the chemical dopamine that sends messages between nerve cells.

With repeated exposure to rewards, dopamine neurons begin responding to cues rather than the reward itself.

For example, when a snack follows a light switch being turned on, mice begin responding to the appearance of the light and continue doing so long after the snack reward is withheld.

He also noted that opioids lead to a more pronounced reaction than natural rewards such as food.

"A person who is addicted begins to believe that obtaining the drug is more important than what we call natural rewards," said Beckstead.

They hope their research will stop the addiction triggers in their tracks.

Beckstead knows in order to treat addiction, there is no magic pill, you must treat the whole person.

But he is excited for how this will play a part in changing lives.

The funding will allow two to three people to work on this project for four years.