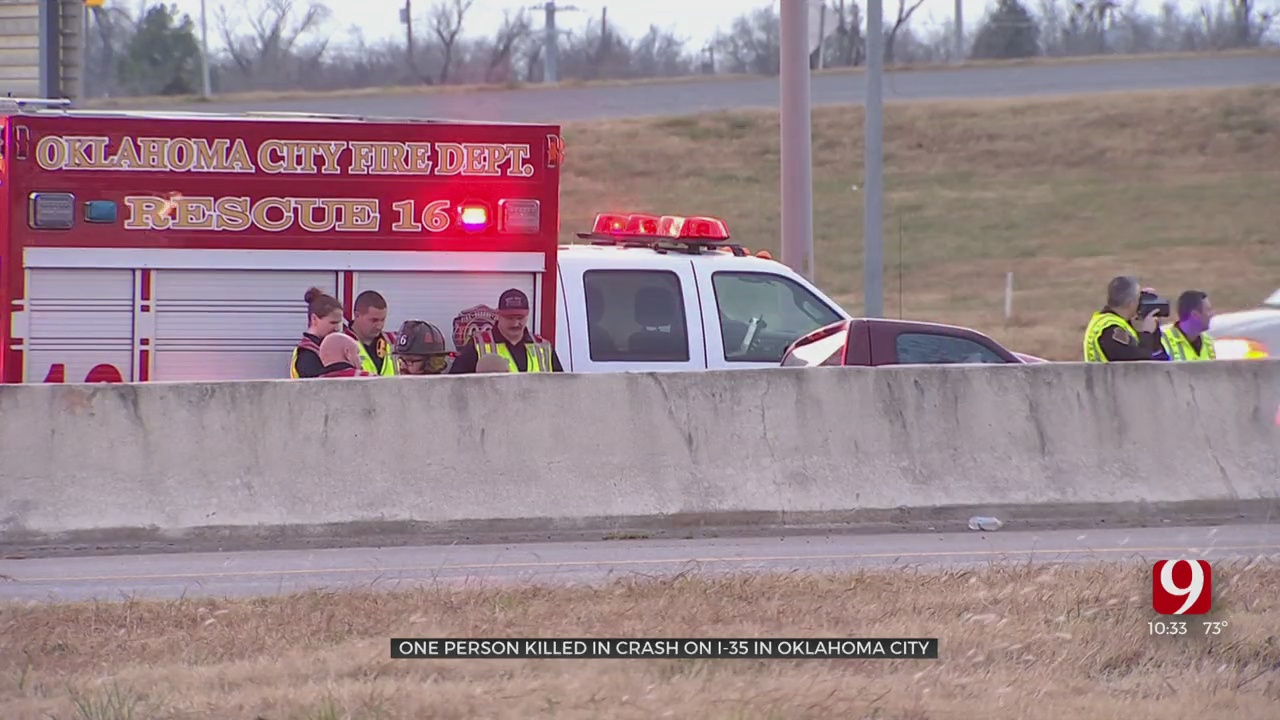 Oklahoma City authorities confirmed that one person died after a crash Sunday evening.

According to the Oklahoma City Fire Department (OCFD), the deadly crash occurred on I-35 near I-240.

The Oklahoma Highway Patrol (OHP) and the OCFD are currently at the scene of the crash.

Northbound I-35 has been narrowed to one lane near I-240, according to the Department of Transportation. Drivers should seek an alternate route or expect significant delays.

Authorities have not released what caused the collision or any names involved at this time.