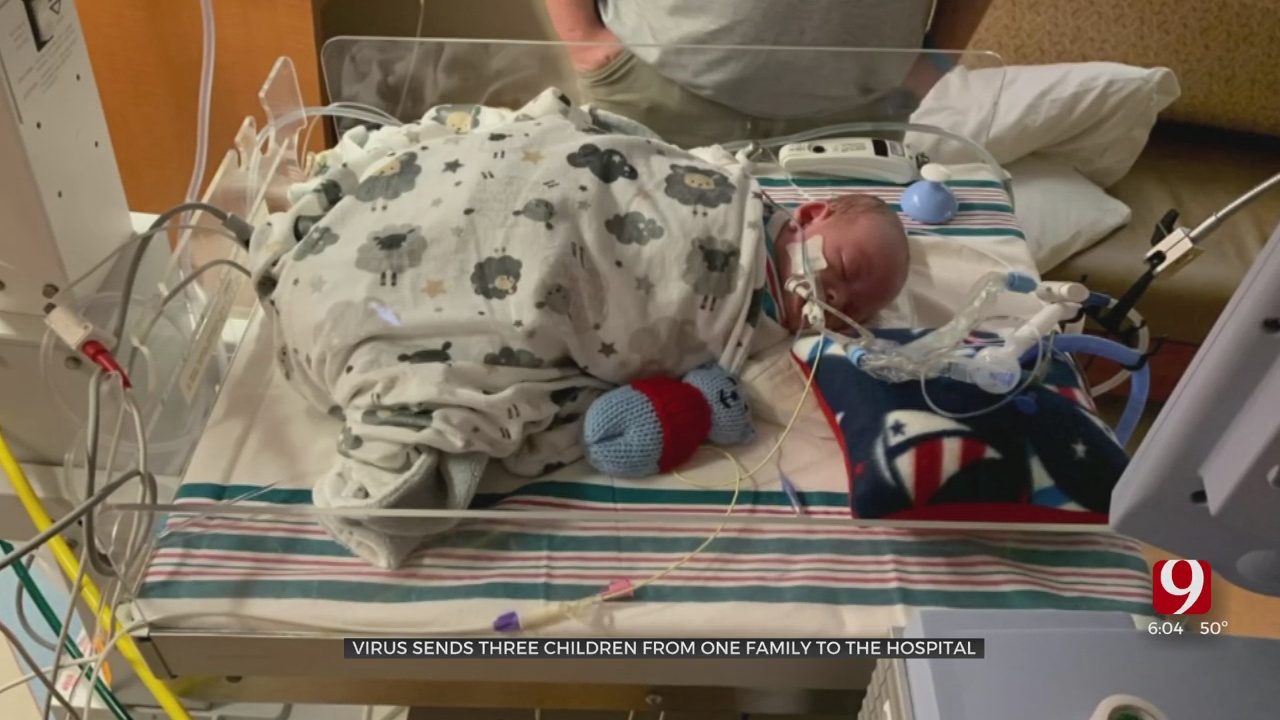 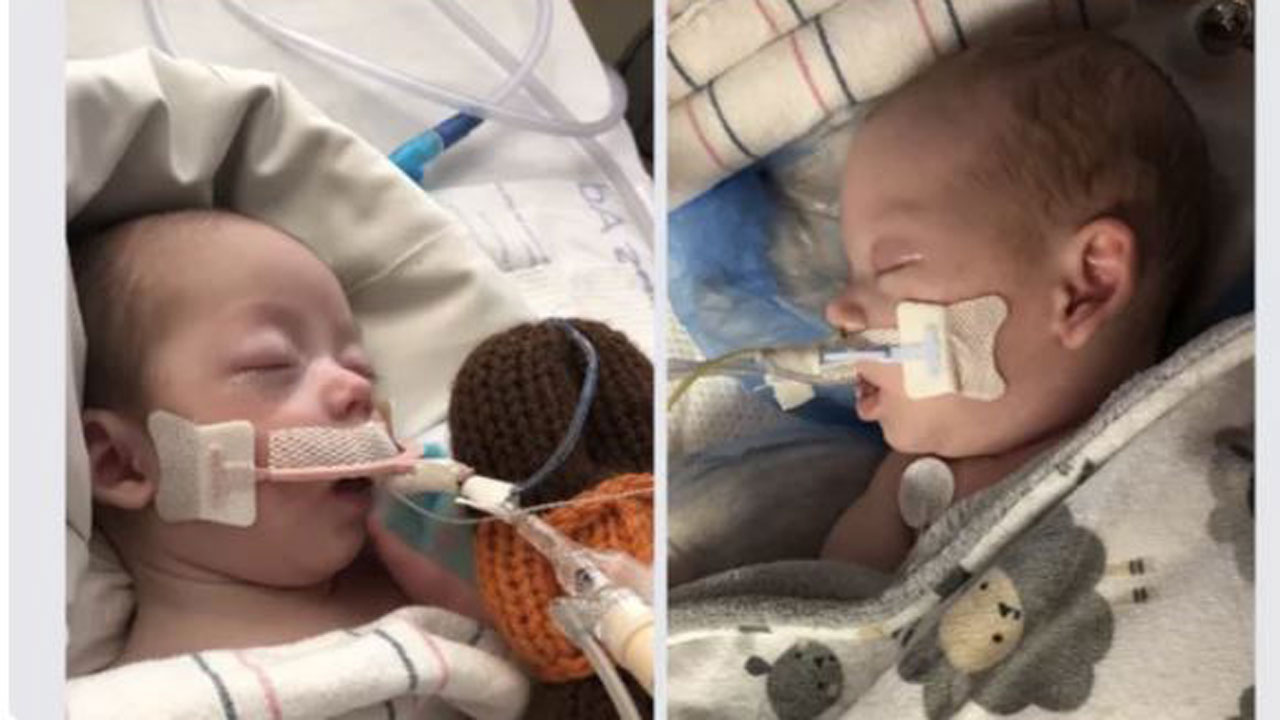 One metro family will spend Thanksgiving in a Texas hospital after three of their kids were hit hard by a virus.

Right now, two are still on a ventilator.

They were told there were no other pediatric ICU beds available in the state.

"He lost all his color, so we went straight to the hospital," said the children's mom, Stephanie Kieffer.

Cooper was the first to show symptoms. He's not even 3 months old and was born six weeks premature along with his twin sister Bella.

"The next thing we hear is the nearest PICU is in Lubbock, Texas," said Kieffer.

After flying to Texas on a medical flight, Stephanie Kieffer and her husband said things got even worse.

"I just remember sitting in the hallway shoving my face in his chest trying to stay calm," she said.

Eventually Cooper had to be put on an oscillating ventilator, but next came more bad news.

"Our 2-year-old came down with the human metapneumovirus," said Kieffer.

Lydia and baby Bella, both with their grandma in Oklahoma, ended up being flown to Lubbock at different times.

"Even later in the week, there still were not hospital beds for children in Oklahoma," said Kieffer.

Staff in Oklahoma did not say why no beds were available, the family told News 9.

Doctors told the family the kids all had the same virus, a disease in the same family as RSV. On top of that virus, the kids developed other infections as well.

Thankfully, just days later, Lydia is with her grandma and grandpa in Texas doing much better.

"Bella is on a conventional vent," said Kieffer. "She went on yesterday."

Cooper was also moved on a conventional ventilator. The parents told News 9 the are just happy to see their babies open their eyes again.

The pair are praying they'll be able to travel home in a few weeks.

News 9 reached out to hospitals across the state to see why there are no pediatric ICU beds available.

So far, no representatives have gotten back with News 9.

As medical bills grow, the parents have been unable to work.

Family members have started a GoFundMe hoping to help. Click here to view the fundraiser.