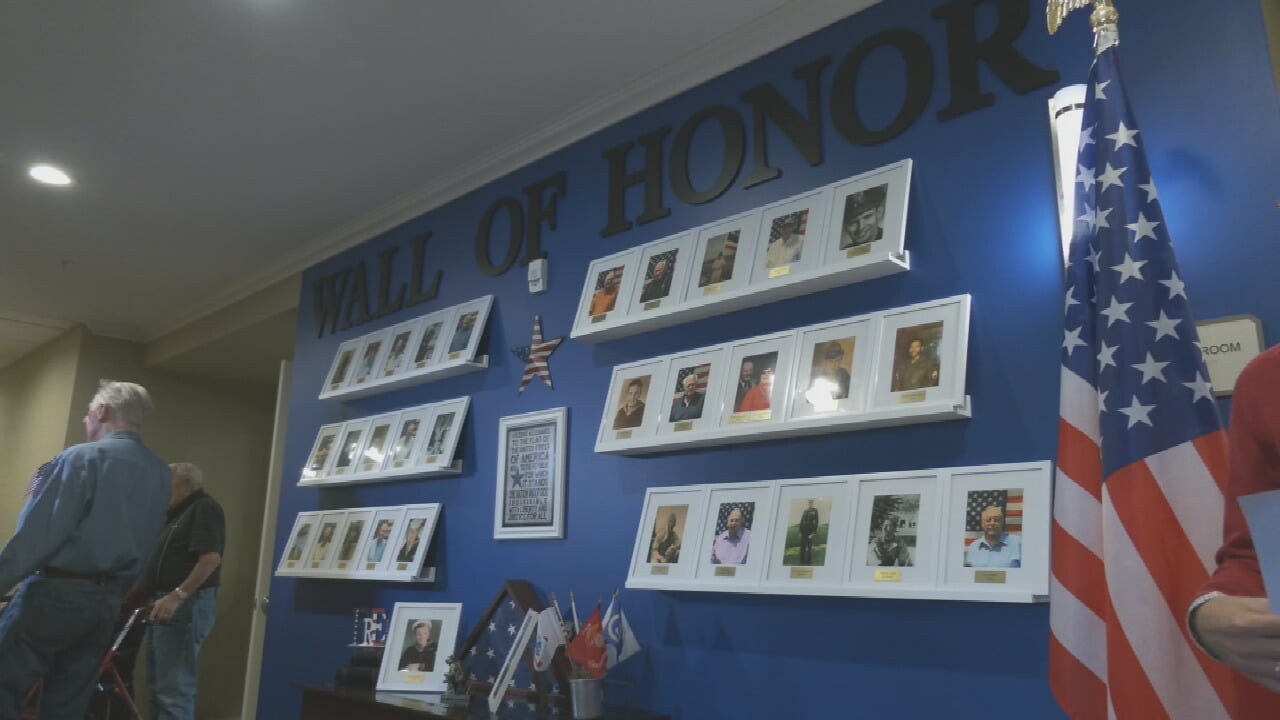 Veterans at a Tulsa Senior living community got a big surprise on Veteran's Day: A special wall was unveiled with framed photos of each veteran.

There are 33 veterans living at the Cedarhurst of Woodland Hills senior community and staff wanted to do something big to say thank you. The new wall of honor has the memories flooding back for Bob Gilbert.

"So many of them served through two wars, World War II and Korea, and Vietnam," Gilbert said.

Gilbert was 20 in 1954. The army veteran said he was young and afraid but excited, and proud to serve his country.

"Everyone should know and be very thankful," he said.

The Wall of Honor at the living community came after weeks of planning, gathering photos, decorating, and finally, the 33 veterans who live there and their friends and family have it as a shining tribute of their sacrifice.

"Not just today but every single day have the memories to cherish," Gary Frias said.

Executive director Gary Frias thanked each veteran personally, like Shirley Wilkinson, who enlisted as a marine in the 1950s and was sent to Hawaii and served as a clerk.

She was one of the very few women in the military and says it shaped her whole life.

"There were only 1,500 total women in the women marines," she said.

She said this wall is an honor, and it means so much to the veterans.

She urges everyone to consider military service and remember the sacrifice so many have made.

"I don't regret a minute of it, I would do it again in a heartbeat," she said.