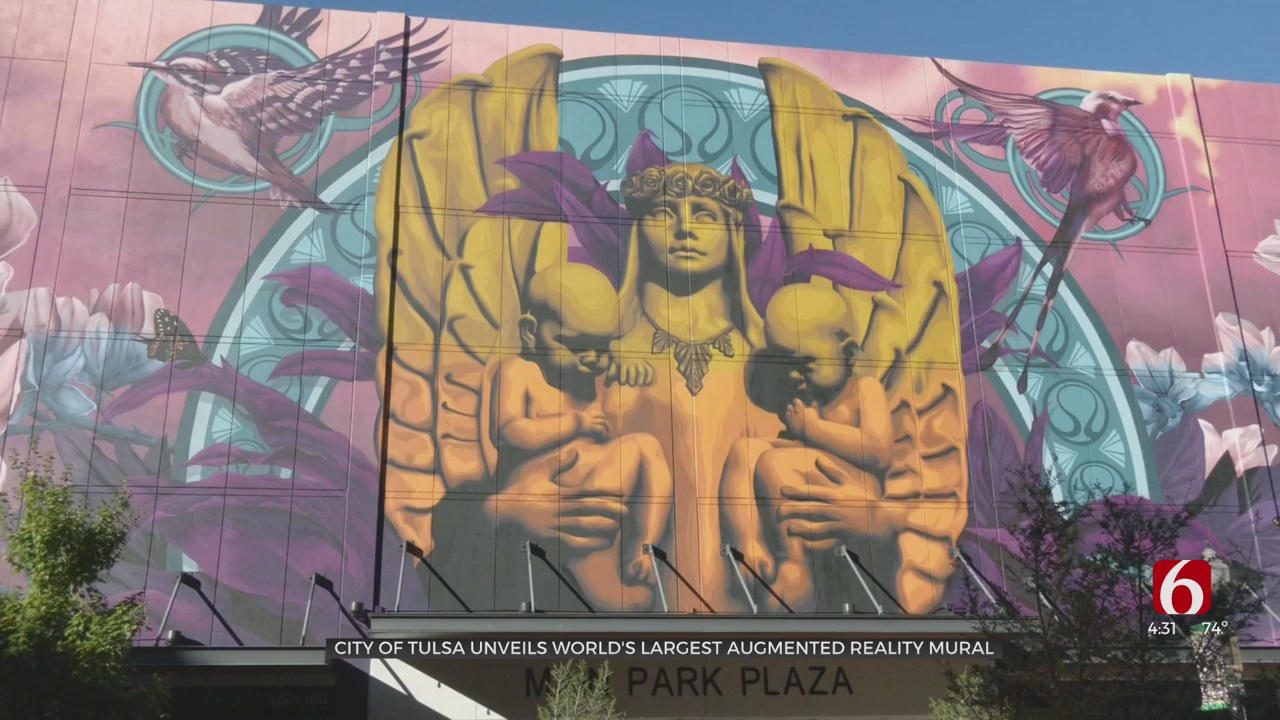 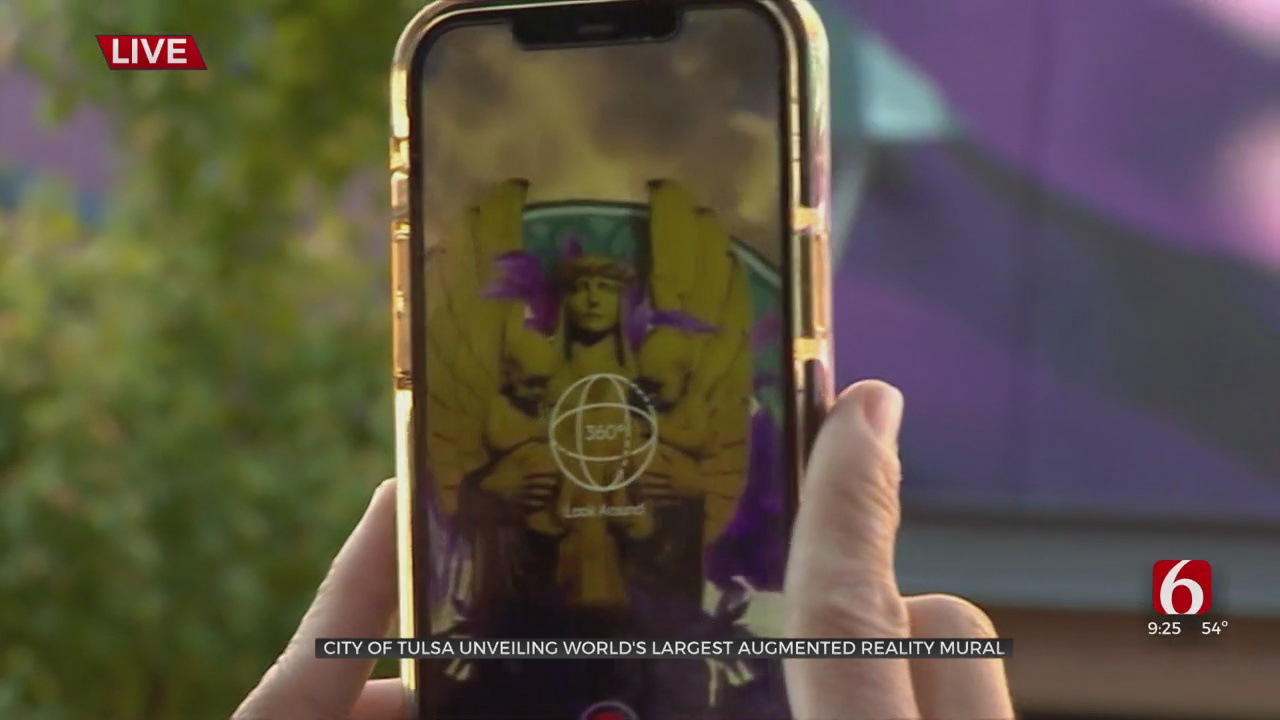 The world's largest augmented reality mural was unveiled in downtown Tulsa on Monday.

The 15,000 square foot mural comes to life on your phone. You just scan a QR code, and you'll see images in 3D and even hear music.

It's on a Main Park Plaza parking garage at 4th and Main Street. The mural is called "The Majestic,” named after an old theater that used to be there.

Artists Eric Skotnes and Ryan Sarfati, or Zoueh and Yanoe, paint large scale murals all over the world.

"You can look up, down, everywhere. And there's things going on, you can follow the birds and the fish flying around,” Skotnes said.

"It being in the art deco district, it just felt like it was the right style for this area,” Sarfati said.

Inspired by the city's history of art deco, the mural represents different aspects of Tulsa, from the flathead catfish to native birds like the downy woodpecker, redbud tree flowers and the Oklahoma state butterfly.

You'll scan the QR code on your phone that will take you to an app. Then you click view.

"An ethereal world basically comes to life with all these elements that still represent Tulsa but is all in a new version of this world,” Sarfati said.

They said the design alone took three to four weeks to create.

Starting in June, painting took about six weeks.  That's with the help of two assistants, around 800 spray cans and 150 gallons of Latex paint.

They worked with 3D motion artist Ben Fernley and a tech team to turn into a 3D digital animation.

"It's a sense of pride and happy to be able to give Tulsans something very unique and special that they can call their own,” Sarfati said.

"And it does feel like home. So, it's so nice to come back to a setting that you're familiar with, and you know, we leave a piece of ourselves here,” Skotnes said.

The artists are also releasing fully augmented prints in a couple weeks to allow people to take the experience into their homes. On November 1, you’ll be able to find the link here.

You can find more information about the mural here.