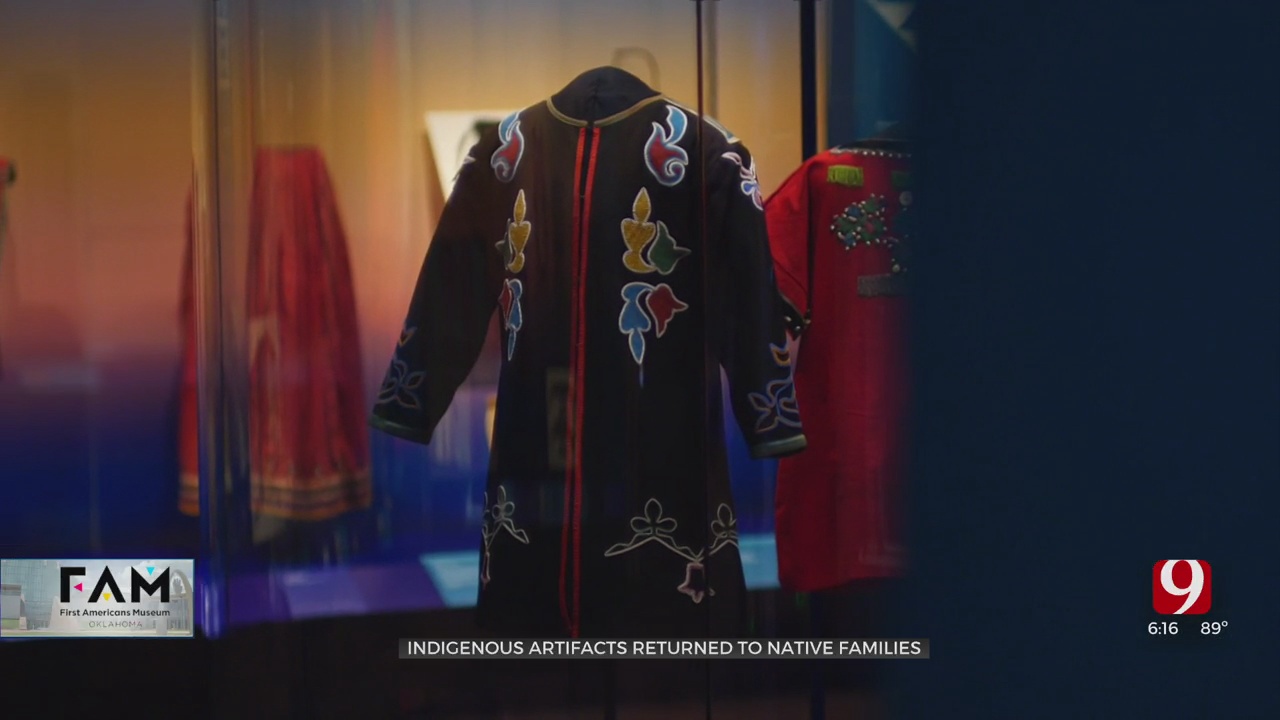 The top floor of the First Americans Museum has approximately 140 artifacts on long term loan from the Smithsonian. Several that actually belonged to and were recently reunited with families here in Oklahoma.

“These articles are not form or fashion, they are highly attuned to the spiritual connection,” explained Edward Red Eagle.

A ceremonial coat, once a part of the Smithsonian's collection now a centerpiece at the First American's Museum, belonged to the Osage Tribe and particularly the Red Eagle family.

Red Eagle believes his grandfather Paul Red Eagle wore the coat when he led the procession as the drum keeper into the drum ceremony. One of the tribe's highest honors.

“It’s this particular coat that he most likely wore that day, so for the family that gives us goose bumps because we heard that story all of our lives.”

Red Eagle said the museum contacted them after tracing the coat to their family. As the artifacts were unpacked ceremonial leaders were there to receive them in their tribal blessings. Edward along with his two daughters and nephew were then reunited with the coat.

“To see something that our great, great grandfathers and grandmothers touched, utilized and functioned within their cultural foundation we’re doing the same thing today,” said Red Eagle.