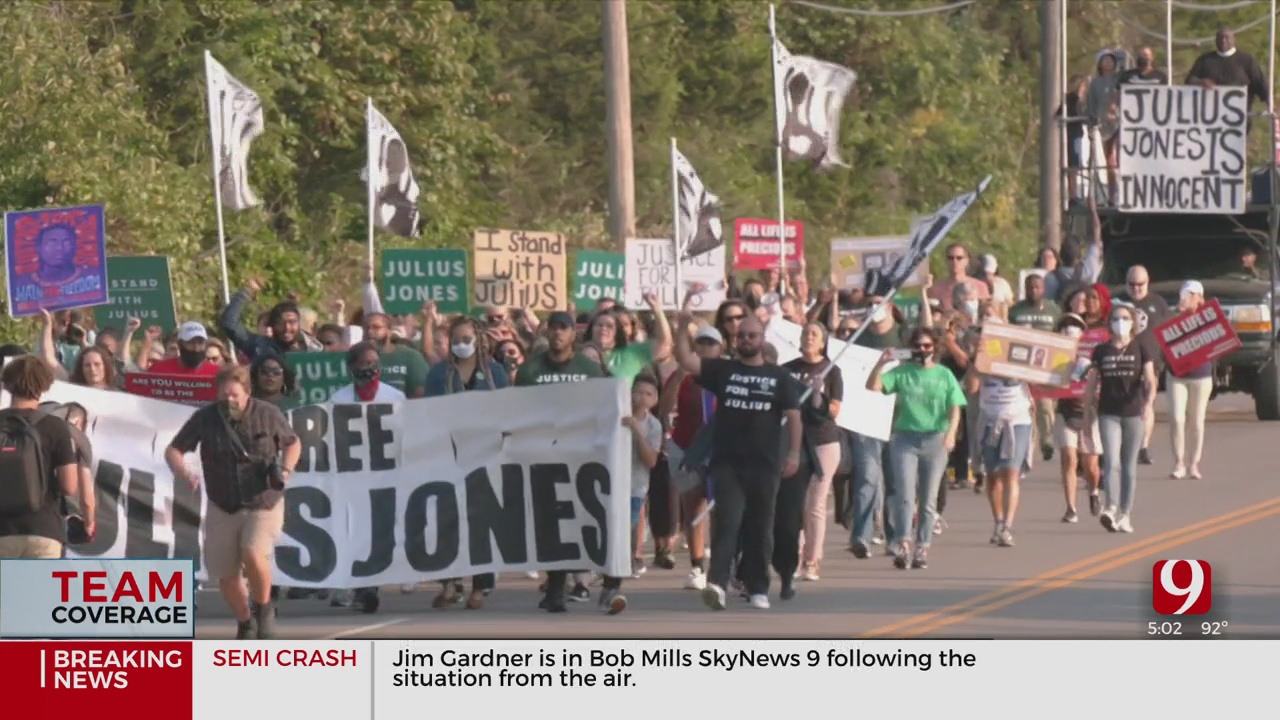 Monday’s decision by the Oklahoma Pardon and Parole Board means relief for Jones's supporters who gathered to hear the decision.

They hope this is a step in ultimately getting Jones released from prison.

Dozens of people gathered across the street from where the hearing was held, many listening to the live stream on loudspeakers. When the final vote came down, there was an eruption of cheers.

The day started with much uncertainty, as phase two of the commutation hearing for Jones began around 9:30 a.m.

A large group gathered before the hearing and marched in support for Jones, many holding up signs in anticipation of the board's final decision.

"The truth came out today about my brother's case," said Antoinette Jones, Julius's sister. "Things that were not brought up in the past."

Many say they believe Jones is an innocent man and should be a free man.

"Innocent blood cannot be shed and will not be shed, and should not be shed," said Rev. Cece Jones-Davis, organizer. "We're grateful, we're elated for Julius today, elated for the Jones family."

In a three to one vote, the pardon and parole board recommended commuting Jones' death penalty sentence to life with the possibility of parole.

"This is a great day, but we're not out of the woods," said Jones-Davis. "The governor still has to make a final decision."

Paul Howell's family spoke during the hearing, making their case that he was murdered by Jones 22 years ago.

"It's one thing to go through something like this," said Rachel Howell, Paul's daughter. "Especially as a child, it's another thing when you grow up and try to move on and this all comes running back and it feels like it's punching you in the gut."

When the vote came down, several members of the Jones family met at a nearby church in what is an emotional day for many.

"It looked like I was at the trial again," Madeline Davis-Jones, Julius's sister said. "But this time God turned it around."

The pardon and parole boards recommendation will now head to the governor's desk.