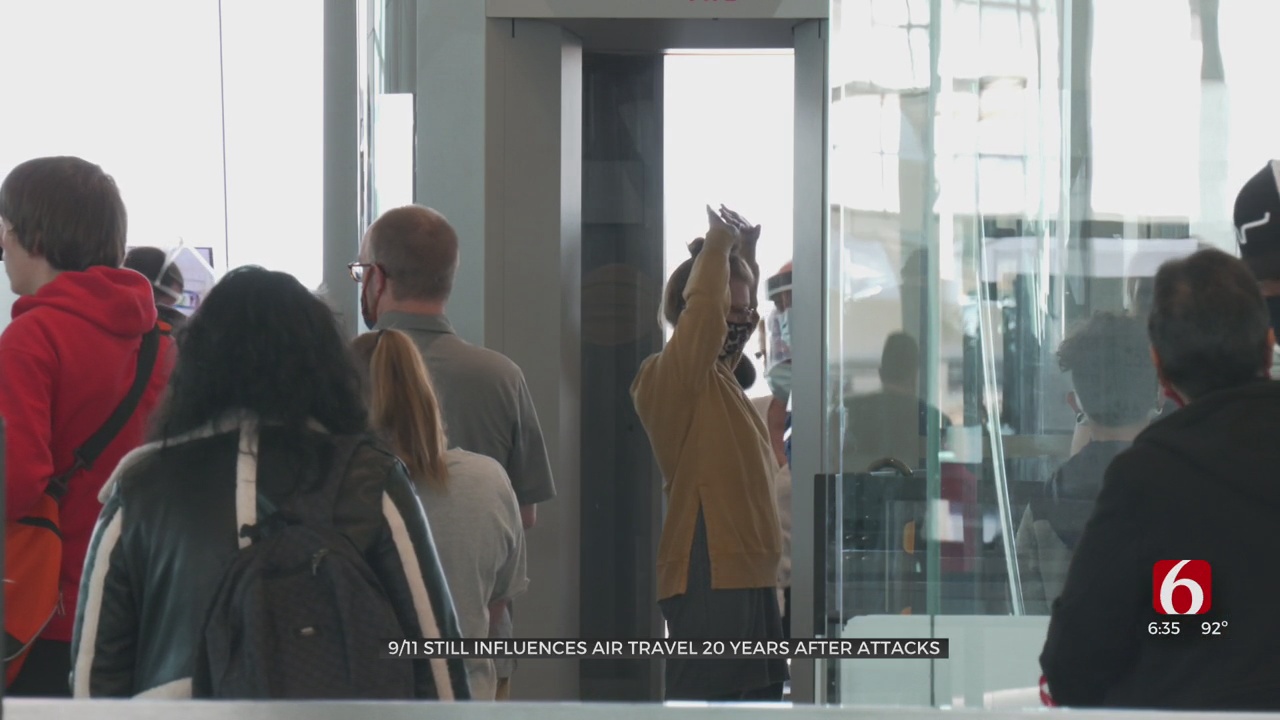 See something, say something. It's been nearly 20 years since the birth of the Transportation Security Administration. Tulsa International Airport will tell you that 9/11 continues to influence air travel.

TSA said Americans can't handle another 9/11, we're talking 20 years of grieving and a lifetime to go.

The agency told us everything it does is to protect the public and ensure history doesn't repeat itself.

TSA's Patricia Mancha said there was airport security before 9/11 but it's far better now. Mancha describes it as a layered approach and says the training never stops. The agency is always testing new technology through pilot programs.

Last year, TSA discovered more than 3,200 guns in carry-on bags across 234 airports, and 83 percent were loaded. The number of firearms per million passengers screened doubled from 2019 to 2020.

TSA scans full-body images of passengers and there are K-9 officers whose sole purpose is to detect explosive materials.

"For all of the things that people are required to do when they travel, there's a reason for it. There was an attempted attack, somebody tried to do something that caused us to then react or change our protocols,” said Mancha.