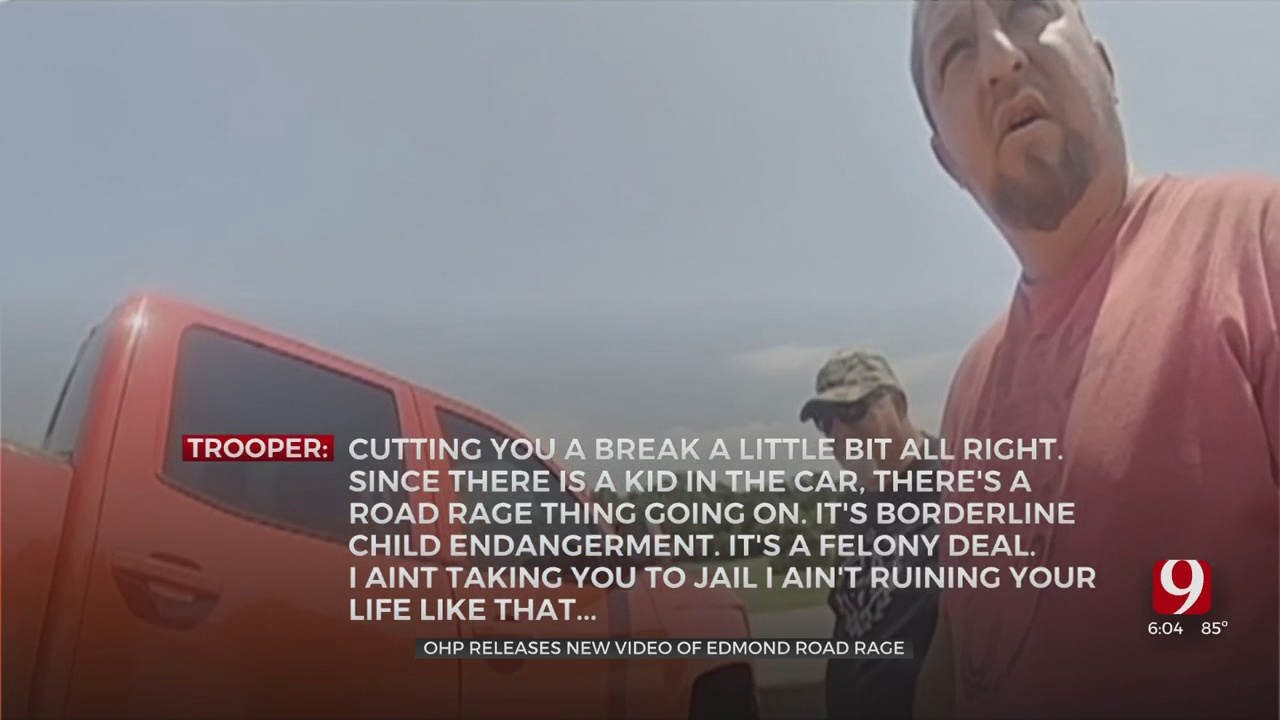 An Oklahoma Highway Patrol trooper working the scene of a violent road rage crash on I-35 told the suspect he got a break because his 4-year-old child was in the back seat.

“I’m not gonna say I wasn’t playing stupid. I’m not going to sit here and lie to you,” Steven Coughran told Lipe. “I was being a dumbass. You know how testosterone is.”

According to court documents, Coughran’s 4-year-old child was in the vehicle as his father intentionally swerved into Brett Powers’ SUV.

“Will he get cited?” Powers asked. “What about having a kid in the car?”

“That’s kind of where it gets weird. This is kind of where I’m going to cut him a break,” Lipe told Powers. “Because he is obviously a dad, and I don’t want to mess his life up. You know what I’m saying, child endangerment is a felony. A felony means you go to jail.”

“(I’m) cutting you a break a little bit, all right, since there is a kid in the car, there’s a road rage thing going on, it’s borderline child endangerment. It’s a felony deal. I ain’t taking you to jail. I ain’t ruining your life like that,” Lipe said.

Coughran was arrested 10 days after the crash for child neglect and assault and battery with a dangerous weapon.

“A complete investigation is rarely finished on the side of the highway,” OHP Spokeswoman Sarah Stewart said in a statement. “It is not uncommon to continue an investigation after the incident and for charges and arrests to be made at a later date.”

The third party who filmed the incident, a News 9 employee, remained at the crash. Bodycam shows the trooper never reviewed or got a copy of the video on scene.

“OHP also holds our members to the highest standard in the performance of their duty,” Stewart said. “The agency is currently looking into the circumstances surrounding the trooper’s initial investigation of the incident.”