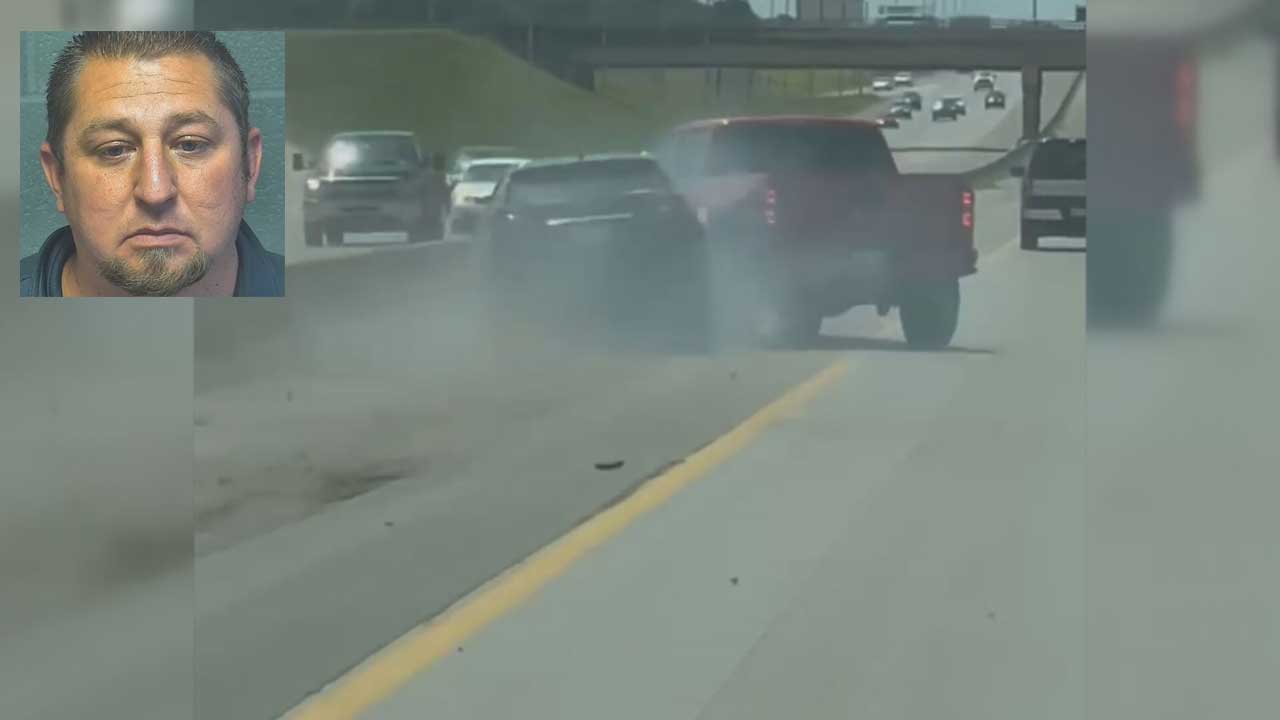 Ten days after a road rage incident on Interstate 35 in Edmond ended in a dramatic crash, the alleged driver has been arrested on criminal complaints.

Steven Coughran, 40, faces felony charges of assault and battery with a dangerous weapon and child neglect.

"Not going to lie, I was being a dumbass,” Coughran told a trooper on the scene. “You know how testosterone is."

Court documents allege Coughran’s 4-year-old child was in the vehicle as he intentionally steered into Brett Powers' SUV.

“It was shocking, and it was even more shocking that the highway patrolman didn’t step up and file additional charges at that time,” Powers said.

Following the Aug. 10 collision Coughran was issued tickets for speeding and improper lane change before being allowed to leave the scene by OHP, according to Powers.

Witnesses who filmed the crash said they remained at the scene and told the trooper working the crash they recorded the incident for miles.

“It was (Coughran’s) full intention to smash into the side of us and drive us into the concrete barrier,” Powers said.

According to court documents, Coughran met with investigators four days after the crash telling them he had been in a road rage before.

“We all have,” he said. “I grew up in California. It is kind of prevalent out there for sure. But never did I ever think of ramming somebody with my vehicle."

A three-year search of DPS files shows Coughran has a clean driving record.

News 9 has filed an open records request for video of the trooper's initial instigation into the incident. A department spokeswoman said that should be available soon.