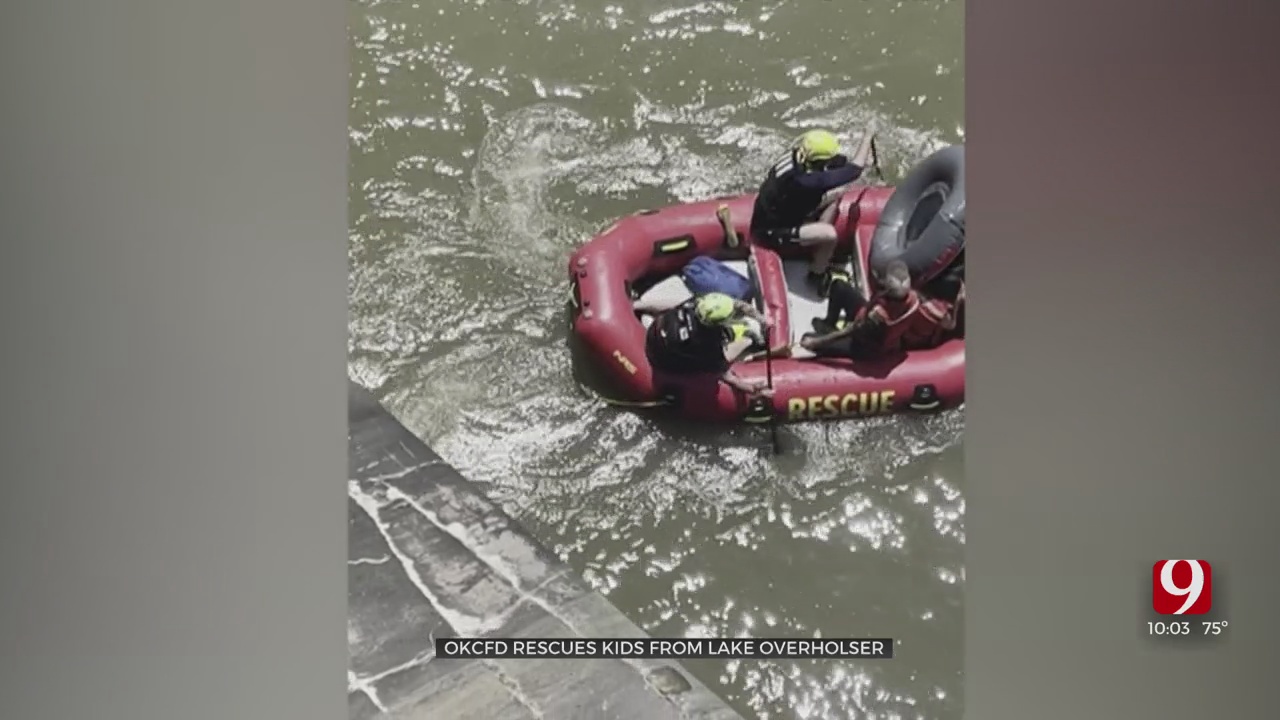 First responders and onlookers rushed into Lake Overholser while battling the current to rescue four children.  The scene playing out in the middle of a hot summer Sunday.

"Responded on a report of four juvenile females that had lost power in the water," said Heath Guthery with the Oklahoma City Fire Department. "Weren't able to swim anymore."

When water rescue crews arrived at the scene, they noticed three other people had jumped into the lake to try and help.

"They were on the bottom side of the dam," Guthery said. "We were able to with our initial company's lower life preservers."

A dive team eventually got a boat in the water. Guthery said the water at times can be unpredictable.

"When the spillway opens, there's a lot of water moving back there which allows currents to pull them out and away from the shore," Guthrey said.

Crews arrived at the lake in less than 10 minutes after the initial call was placed. Fortunately, they were able to get in the water quickly before the situation escalated.

"Last I heard there were zero (people) transported," Guthery said. "Initially, there were a few minor injuries, but we were able to get everyone out safely."

The lake was opened back up shortly after crews left the scene.

If you're going to be out swimming in the lake, firefighters are urging everyone to be cautious.

Make sure you wear your life jacket in case something like this ever happens again.