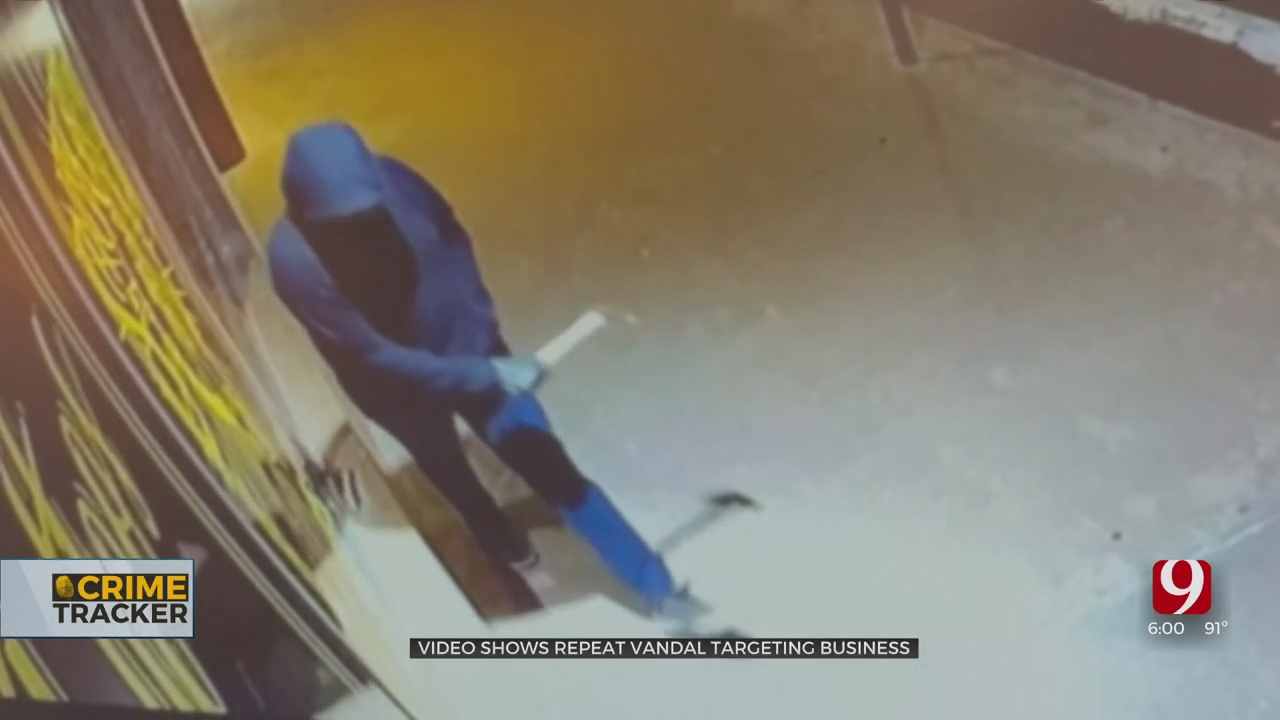 A metro business is offering cash to catch a suspected, repeat vandal. The owners of SB Body Arts have the person on video, twice busting out the windows of their tattoo parlor near west Wilshire Boulevard and Northwest Expressway.

They are offering a $1,000 reward for information that leads to the arrest of the suspect.

“Like anybody we’re a small business just trying to survive and take care of our family,” said Dustin Mathis, SB Body Arts owner.

Mathis was shaken out of bed early Monday morning from his alarm company. A suspect covered from head to toe took a hammer to the northwest Oklahoma City tattoo parlor's windows.

The security video looked eerily familiar to an incident in May.

“When officers arrived, they identified damage on the business that was big enough for a person to possibly obtain entry inside,” said Sgt. Dillon Quirk with the Oklahoma City Police Department.

However, the suspect never stole anything, either time.

“It’s the same guy, he’s done it twice to us. It seems like he has no reason to break-in. He just wants to break things and go about his way,” said Mathis. “Seems like they’re targeting us to try to ruin our business.”

Unfortunately, this was not the first time Mathis has been targeted. In November 2019, his marijuana dispensary went up in flames.

“Shut us down for about a year,” said Mathis. “Our dispensary completely closed down and we never reopened just because of the loss.”

Sergio Richardson, 21, was arrested for that incident and is currently serving prison time for an arson conviction.

“So, it’s been a little bit of a rough streak,” said Mathis.

Mathis thinks the reward money will get people talking about the vandal caught on camera and hopefully end his bad luck.

Mathis said citizens with credible information can call his business with tips or call the Oklahoma City Police Department’s Crime Stoppers line at 405-235-7300.