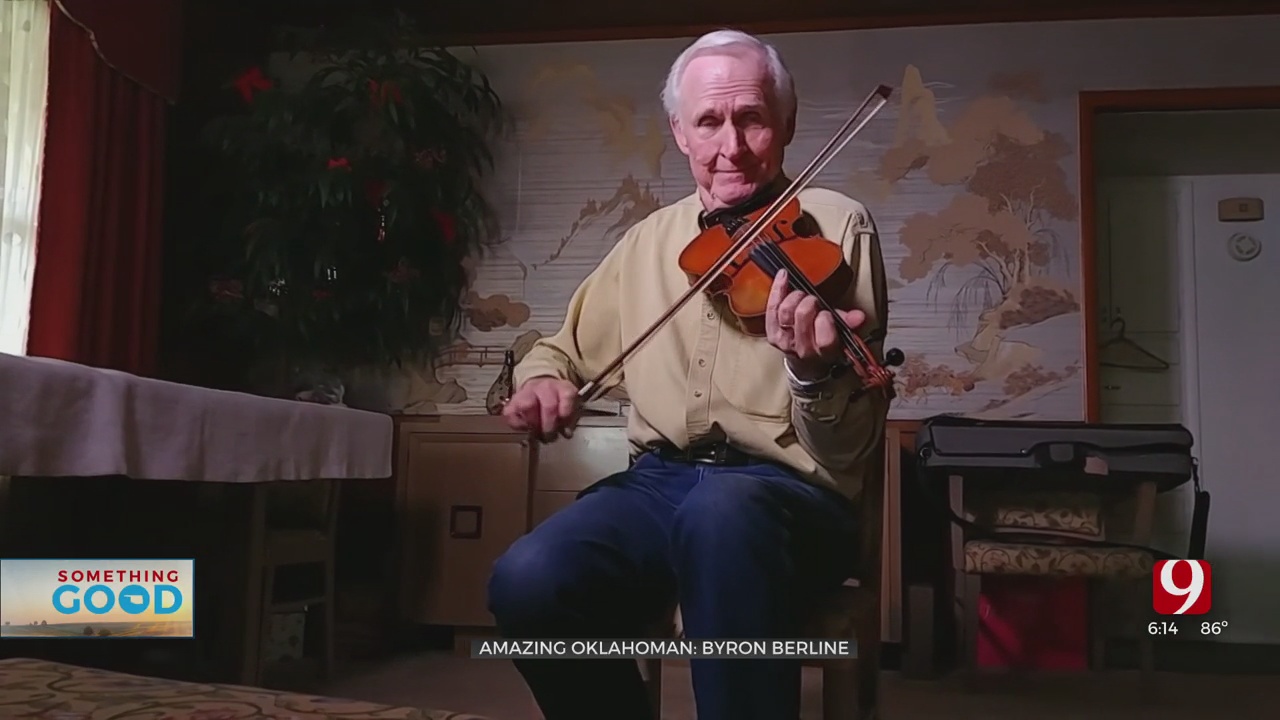 Byron Berline was an icon in the music industry, not just in Guthrie, but all over the world.

He started playing the fiddle at age five and quickly developed his talent. He recorded with artists like Rod Stewart, the Eagles, The Rolling Stones, even Elton John and Bob Dylan and countless others.

Byron and his band performed shows every two weeks at his store in Guthrie, The Double Stop Fiddle Shop.

Sadly, about a month ago Byron had two strokes and died from complications around 7:30 p.m. Saturday - just as his band was taking the stage.

Byron and his wife Bette had one daughter and four grandchildren.

Bette said they would have celebrated their 53rd wedding anniversary next month.

“And the most fun filled, exciting, wonderful, 53 years anyone could ever want,” said Bette.

To his family he was so much more than the accomplished musician who traveled the world.

“He was a great dad and a wonderful husband. He kind of prepared me for this with all of the traveling he did, but I always knew he was coming home. And it’s kind of hard to think that now he’s not coming home,” said Bette.

Byron showed his resilience, opening up a new venue across the street with a music hall where he could host jam sessions.

Bette recalls going by the store on Sunday after his death and notice a trio of musicians playing in front of the store honoring the man that meant so much to so many.

“He was special to lots and lots and lots of people, you can see it on social media. Makes me wonder if I undervalued him because he was just one of a kind,” said Bette.

The family is planning a good old fashioned jam session Saturday July 17 at 10 a.m. at the music hall and they are inviting all musicians to come out, because that’s the way Byron would have wanted it.