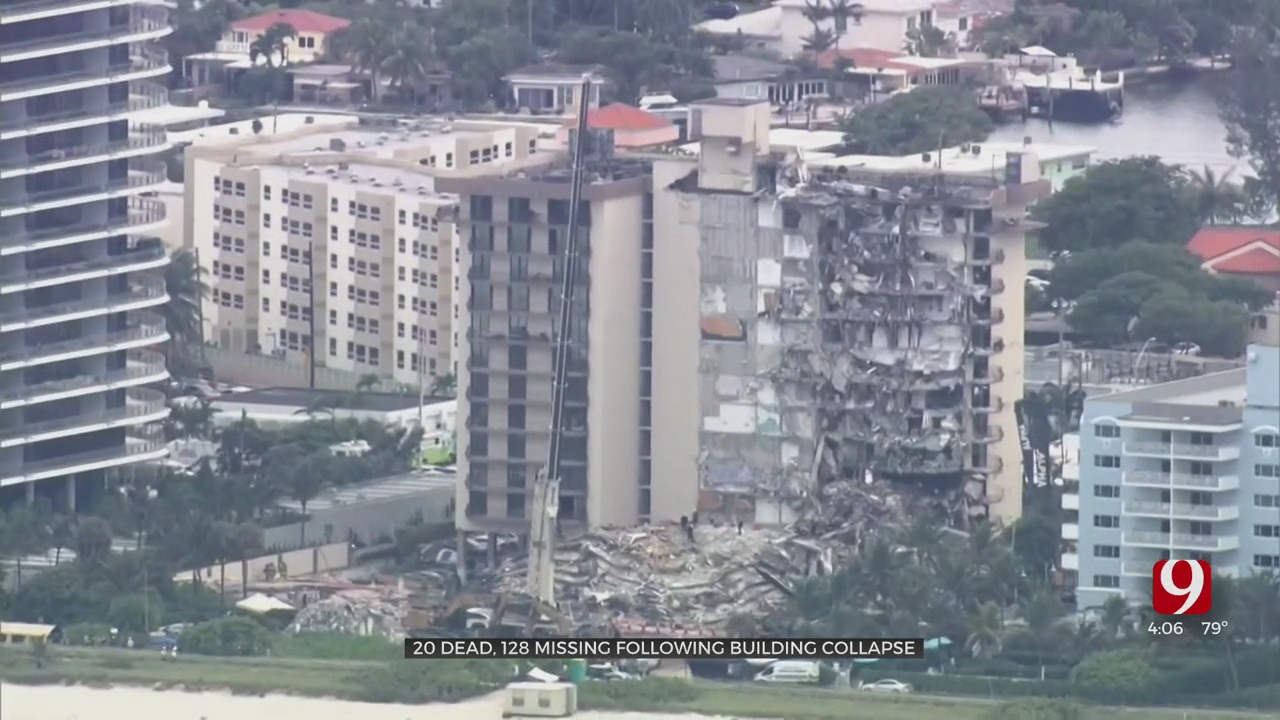 The number of people missing in the Florida condominium collapse fell substantially Friday, from 145 to 128, after duplicate names were eliminated and some residents reported missing turned up safe, officials said.

Authorities also announced the recovery of two more bodies, including the 7-year-old daughter of a Miami firefighter. That raised the confirmed death toll to 20 people.

Miami-Dade Mayor Daniella Levine Cava said the number of missing declined following an audit. In some cases, when detectives were able to contact people who had been reported as potentially missing, they found that not only were they safe, but other members of their families were safe, too. That pushed the list of people who have been accounted for up to 188 and reduced the number of missing, she said.

“So this is very, very good news,” she said, adding that the numbers are expected to keep changing because detectives are continually reviewing the list and verifying reports.

Detectives have worked around the clock to contact relatives and others. In some cases, English and Hebrew names have been offered for the same missing relative, officials have said.

The 7-year-old who perished in the collapse was “a member of our fire family,” Miami Mayor Francis Suarez said.

The discovery of the girl’s remains was especially hard on rescuers, Levine Cava said.

“It was truly different and more difficult for our first responders. These men and woman are paying an enormous human toll each and every day, and I ask that all of you please keep them in your thoughts and prayers,” she said at a news conference.

No one has been rescued since the first hours after the June 24 collapse of the 12-story Champlain Towers South condominium.

During a meeting Friday with relatives of the missing, Miami-Dade Assistant Fire Chief Raide Jadallah said that only one voice has been heard during the entire search. A woman’s voice was detected until about 10 a.m. or 11 a.m. on the morning of the collapse, which happened around 1:30 a.m. Rescuers were unable to reach her, and he said no other voices or human sounds have been heard since.

Jadallah also prepared the families members for a possible suspension of the search if Hurricane Elsa — now in the eastern Caribbean — brings strong winds to South Florida that would make the work too dangerous.

Some rescue workers who are now staying in tents will be moved to cruise ships, which can stay safe during a tropical storm, Jadallah said.

About 600 first responders will stay on the Royal Caribbean ship Explorer of the Seas, the cruise line said. The ship, which can accommodate more than 3,000 passengers, began housing rescue teams Thursday and likely will continue for the next month.

Friday’s announcements came a day after officials said they were working on plans to tear down what’s left of the building after concerns about the structure’s instability prompted a 15-hour halt to the search for survivors. Crews noticed widening cracks and up to a foot of movement in a large column.

It will likely be weeks before the demolition is scheduled, officials said.