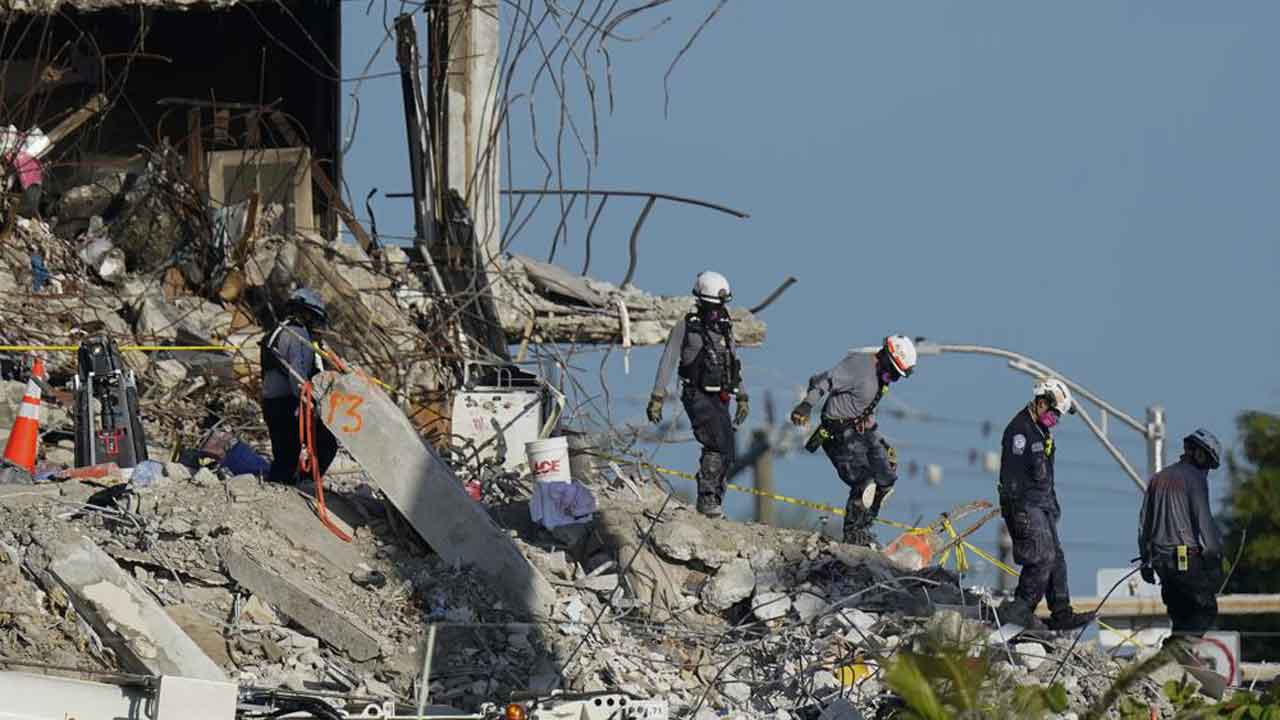 The body of a Miami firefighter’s 7-year-old daughter was recovered from the site of a South Florida condo collapse by the search and rescue team he had been assisting, officials said Friday.

The child was one of two victims found in the rubble of Champlain Towers South late Thursday, one week after the building partially collapsed. On Friday, Miami-Dade Mayor Daniella Levine Cava announced the death toll now stands at 20, with 128 people still considered missing in the wreckage.

Miami Mayor Francis Suarez confirmed that the child, whose name hasn’t been released, was the daughter of a firefighter. He said the family had asked for privacy.

“She was a member of our fire family,” Suarez said, adding that the entire fire department is grieving.

The Miami Fire Department is part of Task Force 2, which has been assisting in the search since the collapse. The firefighter voluntarily joined the search, officials said, hoping he could help find his daughter and others still missing in the wreckage.

“It goes without saying that every night since this last Thursday has been immensely difficult, particularly for the families that have been impacted,” Levine Cava said during Friday morning’s news conference. “Last night was uniquely difficult. It was truly different and more difficult for our first responders. These men and woman are paying an enormous human toll each and every day, and I ask that all of you please keep them in your thoughts and prayers.”

On Thursday, President Joe Biden visited the area to offer profuse thanks to those who’ve worked around the clock since the collapse.

“What you’re doing here is incredible, having to deal with the uncertainty,” Biden said.

Earlier this week, the search teams found the remains of Emma Guara, 4; her sister Lucia, 10; and their parents, Marcus and Anaely Guara, in the wreckage. The family had lived in Apartment 802.