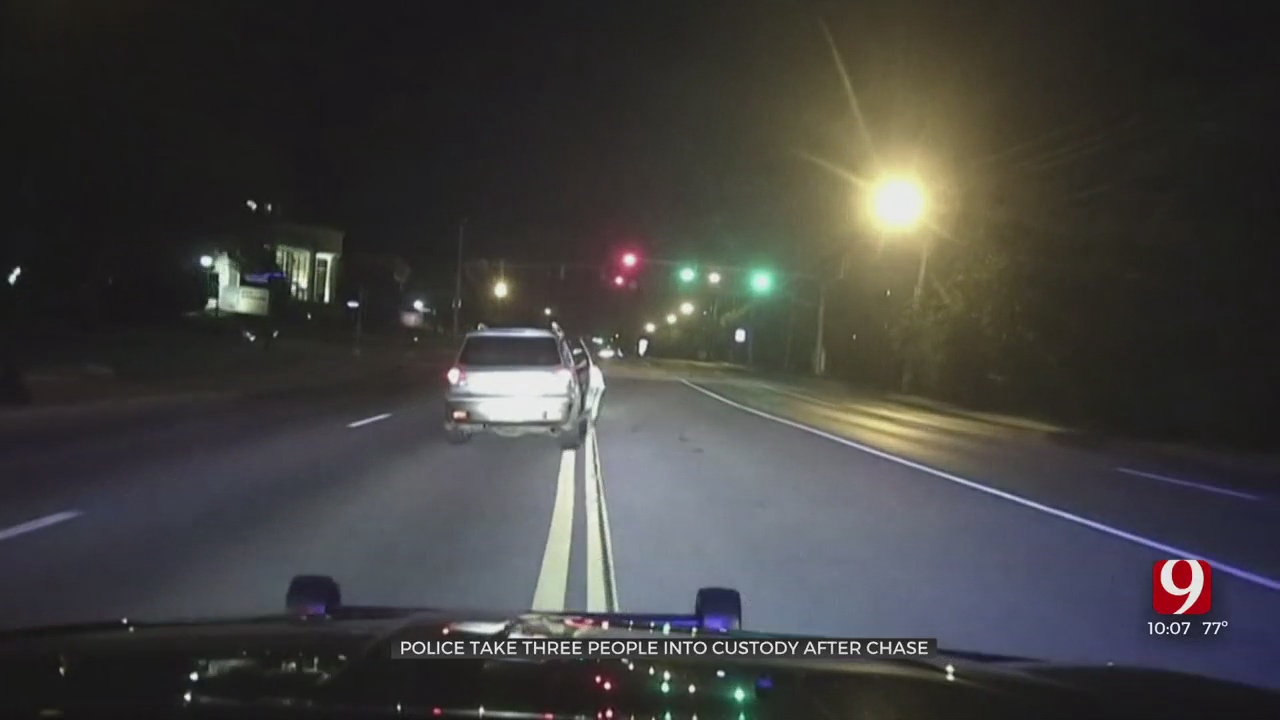 Intense moments after the driver of a stolen SUV was caught on camera blowing through more than a dozen stop signs, then making a run for it.

According to Edmond police, the pursuit ended with three arrests.

In the end, police took the driver, a wanted felon, and a runaway juvenile into custody.

A passenger who officers said clearly wanted no part of it was released.

After running a stop sign, the chase was on.

Behind the wheel, 22-year-old Ivy Fox-Lemus and her three passengers were along for the ride.

Just seconds into the pursuit the front passenger’s door opens.

Police: Door's opening up they're about to bail.

Through the open door, the passenger’s arms emerge as if he wanted to surrender.

But realizing the driver had no intentions of stopping the passenger shuts the door.

After opening and closing it again, the SUV slams into the police cruiser

Several minutes later the vehicle slowed to a stop.

And while two occupants surrendered, Fox-Lemus along with a 17-year-old runaway jumped out and ran.

They were quickly captured.

Driver: I thought I was going to go to jail for harboring a fugitive.

Officers said they recovered a gun from the vehicle, and credit cards that did not belong to any of the occupants.