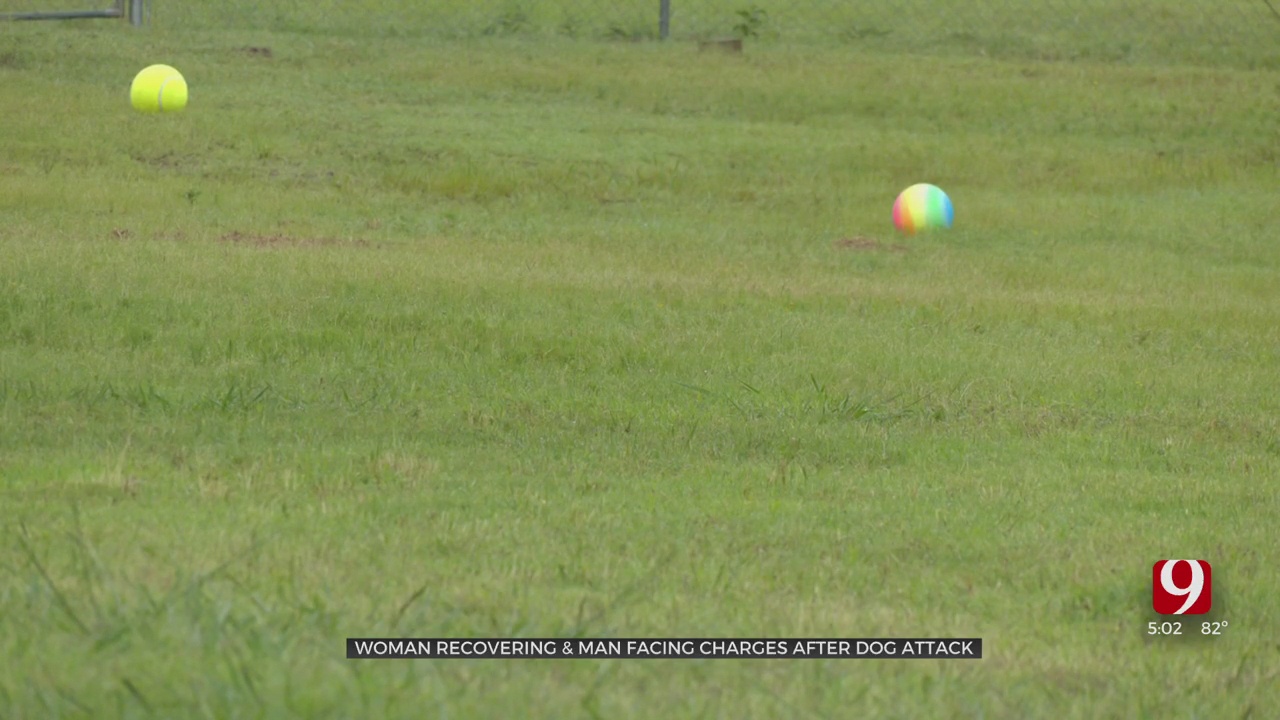 A man in Harrah is now facing charges after police said his dog attacked a day care worker. The woman attacked had to be hospitalized.

According to those with the day care, the children were out in the playground when one of the workers noticed two dogs nearby.

"Once an animal shows up, they get the kids back inside and get the door shut," said Harrah Chief of Police Gary Morgan.

However, staff members said the two dogs showed no aggression. According to the report, once the children were safe inside, the worker left the playground to try and find where the dogs had come from. That's when a third dog appeared in the field behind the day care.

"That's when the larger dog that bit her showed up and bit her in the arm," said Morgan.

Other staff members quickly noticed and stepped in to help the woman, using broom sticks to get the dog away.  Police said it was a severe bite and the woman was taken to the hospital for treatment.

Animal Welfare located the dog and was later able to track down its owner who lives just down the street from the day care. News 9 was told the man is facing charges of allowing a vicious animal to run at large.

"This animal is vicious," said Morgan. "It's a municipal ordinance that we have, and that's what he was cited for."

Morgan said they pick up quite a few loose dogs around the city, but don't see attacks like this one often.

"It's rare for us to have one that's vicious, but it does happen," said Morgan.

Police said no one else was hurt during the attack. The day care staff said the woman is expected to be OK.