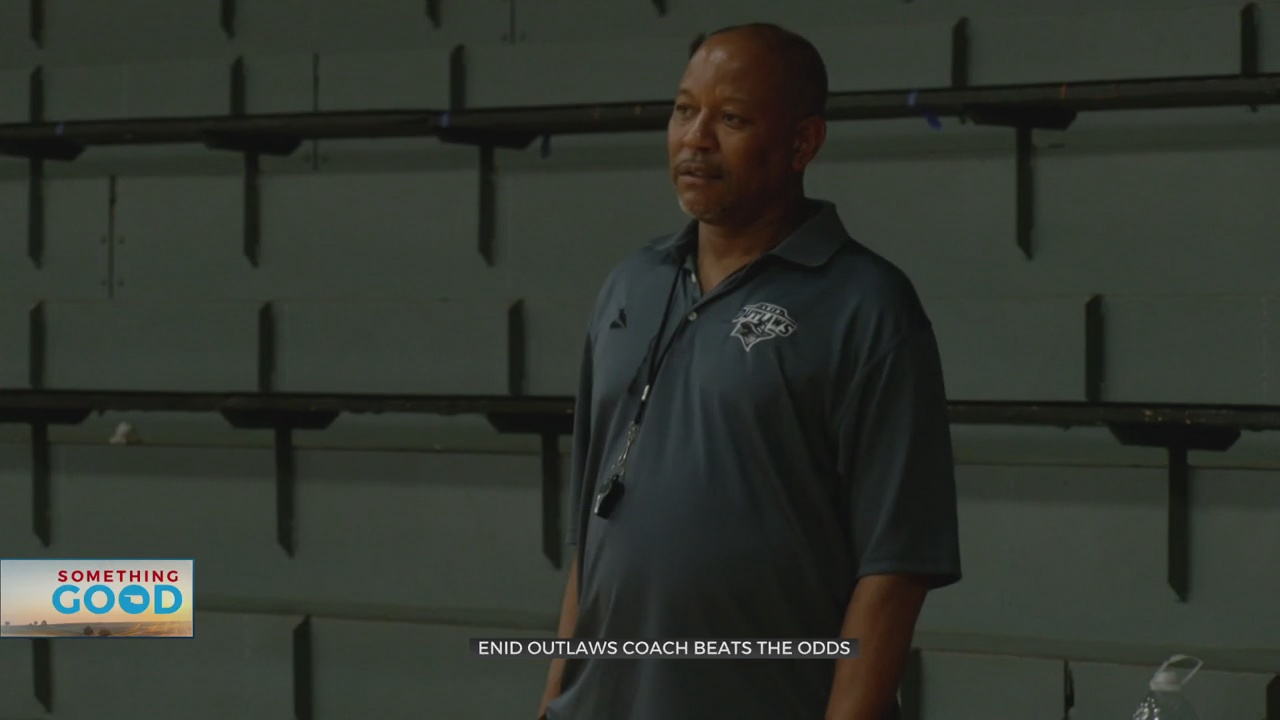 If you would have told Enid Outlaws head coach Ed Corporal that his team would win 20 of their first 22 games, as an expansion team, he'd have called it a longshot.

"I told them they'd probably need to get a psychiatrist," Corporal said.

But Corporal is used to beating the odds, like he did eight years ago.

"I suffered two strokes. That paralyzed me in my whole left side. They didn't know if I was going to live or not," Corporal said.

Corporal spent four months in a Lawrence, Kansas hospital and two more in a rehab center learning how to walk again.

The former college basketball player fed on those competitive juices to get back on his feet.

"I took it like a game. It's either me or the stroke, and I'm going to beat the stroke," he said.

It was no contest, and Ed is still running up the score.

Not only would he walk again, but he has also become an advocate.

He meets with stroke victims in hospitals and has even lobbied in Washington D.C. for the Falling Forward Foundation, a nonprofit that helps with rehab costs when insurance runs out.

"I can remember when I was in the hospital, my wife told me, 'You're going to one day be able to help somebody else that's going to go through this,'" Corporal said.

His message is inspiring not only to patients, but his players as well.

"He definitely shows us that anything is possible and that we have a purpose," Outlaws guard Lindy Waters III said.

"The game of basketball is a game of runs, so it's something you have to push through," Outlaws president Jonathan Reed said. "Even if a team does something, you have a setback, you have to keep pushing through. I think that's what he's kind of done in his life and so I think that relates to the basketball game and guys can really respect that."

Whether you like basketball or not, it's a rebound we can all appreciate.