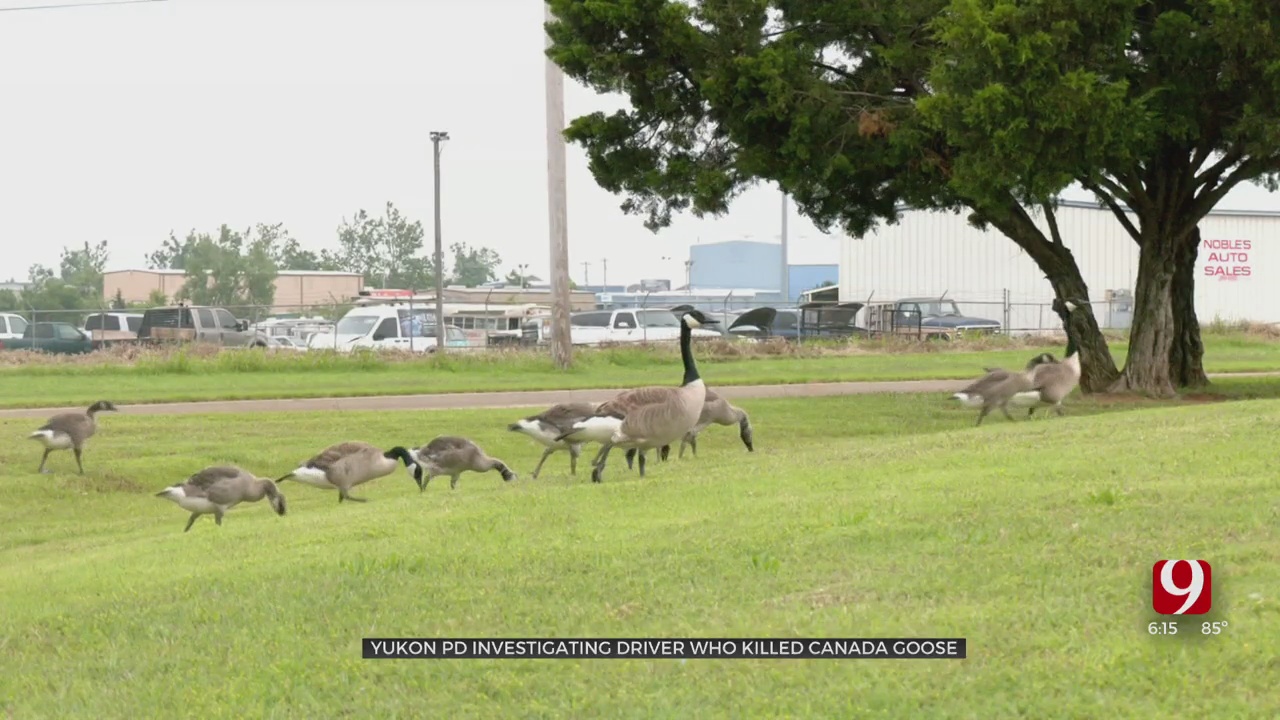 Yukon police said the driver accused of plowing through a group of Canada Geese may face criminal charges.

Police first found out about the incident around 12:30 p.m. Monday. It happened right across the street from Yukon High School.

"It is a common area where geese do cross," said Major Matt Fairchild, with the Yukon Police Department.

"We have been able to speak to the driver of that vehicle and several witnesses as well," said Fairchild.

Police said the driver is an employee with Capital Distributing, a liquor distributor.

The company released a statement saying:

"Today, one of our employees was involved in an incident in which their vehicle struck some geese crossing the road. The incident was immediately reported by us to the authorities including the Oklahoma Department of Wildlife.  The incident and those involved are being reviewed according to our internal policies."

"Cruelty to animals is obviously illegal for any kind of animal that's involved," Fairchild said. "In this situation, when you're dealing with animals that are protected federally, there are potentially other charges."

No arrests have been made. Fairchild said they're continuing to follow-up with witnesses, but incidents like this are rare.

"This is the first such incident that we've dealt with where geese have been struck there at that location," said Fairchild.

Police said they are not releasing the name of the driver.