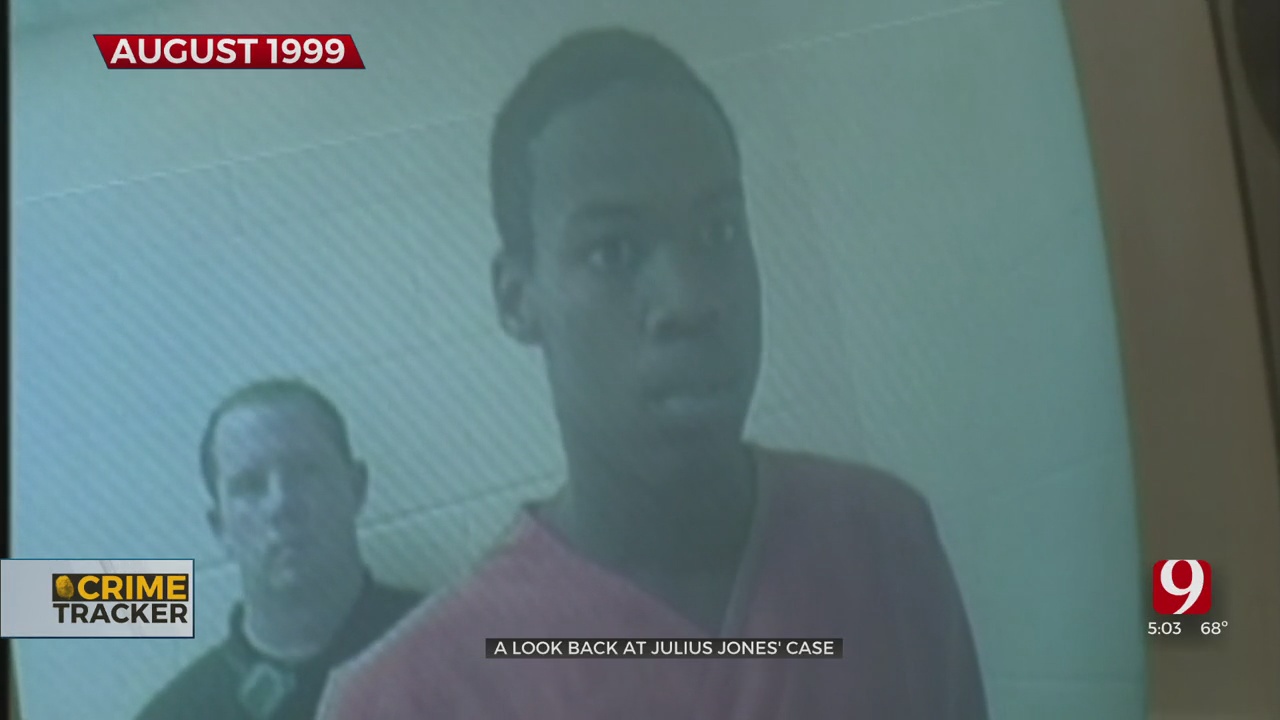 Julius Jones was sentenced to death for the 1999 shooting death and carjacking of Edmond resident Paul Howell.

Jones was only 22 years old when he was tried at the Oklahoma County Courthouse nearly two decades ago. At the time, District Attorney Bob Macy pursued the death penalty.

The 45-year-old Edmond insurance executive was gunned down in his parent's driveway, in front of his sister and his two young daughters. The family recalled hearing two gunshots.

The accomplice, 20-year-old Christopher Jordan, was said to have driven the gunman to the home.

Witnesses to the deadly shooting say the suspect stole Howell's 1997 Suburban. They described the killer as wearing a white shirt, a black beanie and a red bandana over his face.﻿

July 30 and 31, 1999: Jordan and Jones were arrested days after the murder. Police found the murder weapon at Jones' parents home wrapped in a red bandana, as well as the clothes the gunman was described wearing at the crime scene.

Aug. 1999: In August 1999, Macy charged Jordan and Jones with first-degree murder and conspiracy to commit a felony, in this case, robbery.

2001: Two years later, Jordan plead guilty to first-degree murder in exchange for a 30-year prison sentence and to testify against Jones. He was released from prison in 2014.

2002: In 2002, Jones was found guilty of Howell's murder after the jury deliberated for just over three hours. He was sentenced to death and has been on death row since the conviction. \

2021: An affidavit with testimony from another inmate suggests that the co-defendant Jordan told him that he killed Howell and framed Jones.