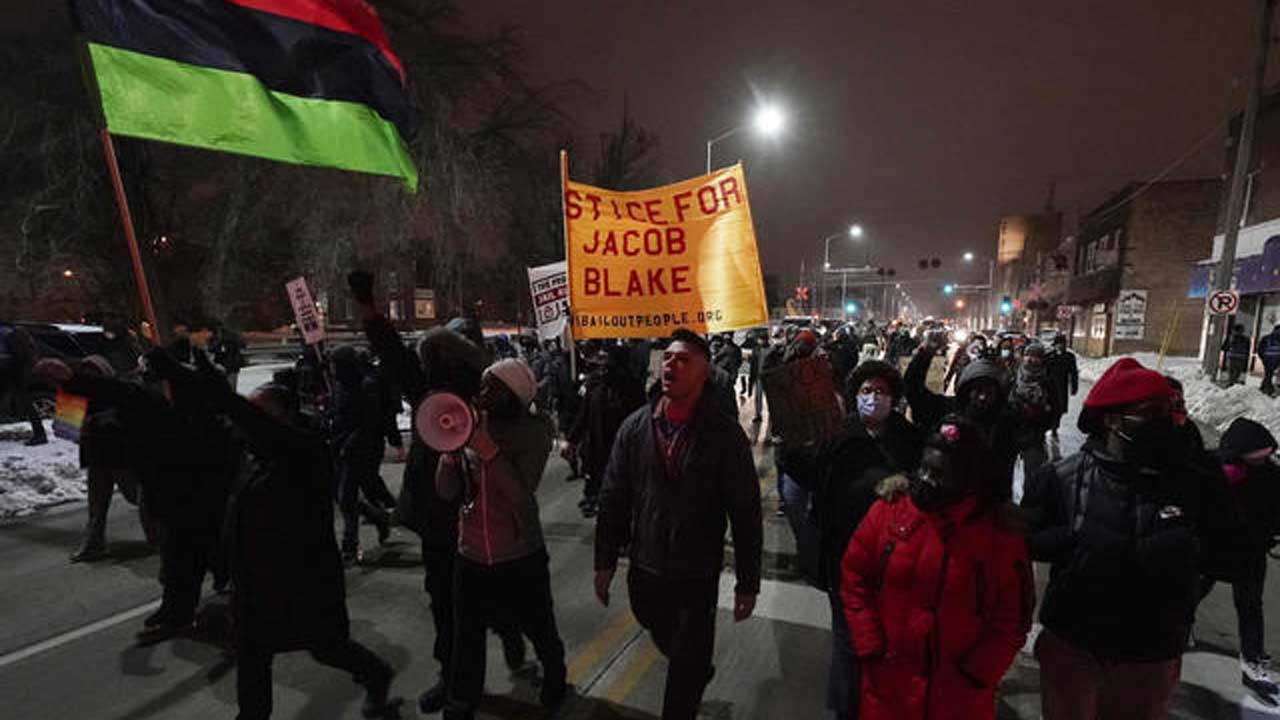 The governor of Wisconsin has called in the National Guard to assist local officials in Kenosha as the city braces for a looming charging decision for the White police officer who shot a Black man in the back over the summer.

Kenosha Police Officer Rusten Sheskey had been responding to a domestic dispute Aug. 23 when he fired seven times at Jacob Blake, as Blake was trying to get inside an SUV. Blake's three young children were in the back seat. Investigators have said they found a knife inside the vehicle, but his family has denied that he was armed.

Blake was left paralyzed after the shooting, which was captured on disturbing video that drew national outrage and several nights of unrest in Kenosha.

Kenosha County District Attorney Michael Graveley is expected to announce whether Sheskey will face criminal charges over the shooting sometime in the first two weeks of January.

On Monday night, Wisconsin governor Tony Evers activated 500 National Guard troops to the city, and the Kenosha Common Council approved a resolution that will allow the mayor to impose emergency measures including a curfew. Fencing was installed around the local courthouse and some businesses boarded up their windows. Evers said the Guard was called in at the request of local officials to "help ensure public safety."

"Our members of the National Guard will be on hand to support local first responders, ensure Kenoshans are able to assemble safely, and to protect critical infrastructure as necessary," Evers' statement said.

Also on Monday night, Blake's family held a rally and marched with supporters, calling for Sheskey to be fired, criminally charged and convicted. The family said justice in the case was long overdue. Jacob Blake Sr., Blake's father, urged supporters to stand up against police brutality nationwide.

"Let's stand up and make some noise," Blake, Sr. said. "Let's be heard around the world."

Blake said his son posed no threat to the officer. He said he wanted to see Sheskey charged with attempted murder.

Tanya McLean, executive director of the community organization Leaders of Kenosha and a friend of the Blake family, urged protesters to remain peaceful, reports the Associated Press.

"No matter what the decision is, we are seeking nonviolence," she said. "We want everybody to come out, make as much noise as you want, but we don't want any destruction of property or businesses. We are for nonviolence. Anything else is not acceptable for this community."