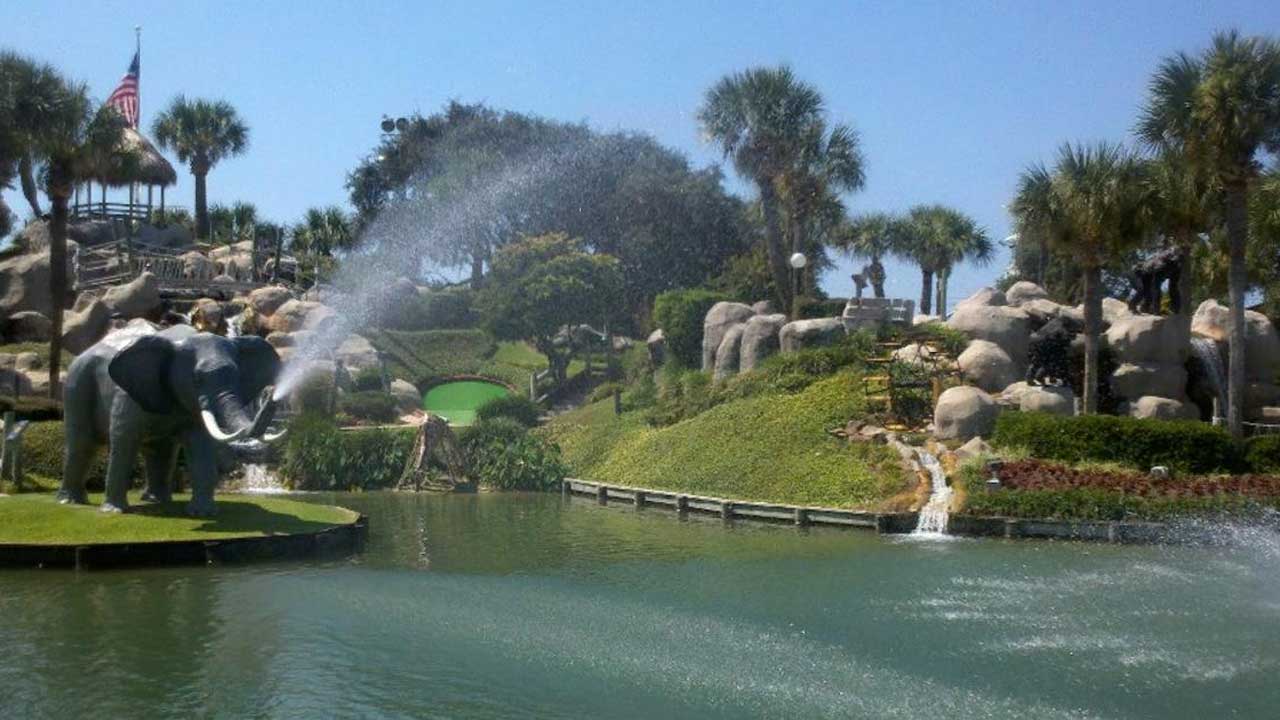 A 4-year-old boy and his 6-year-old sister died after they were hit by a truck as they played miniature golf at a Florida course, officials said Saturday. The Panama City Beach police said in a news release that the driver, Scott Donaldson, veered from the road and ended up in the course, striking the two young siblings on Friday.

The boy died at the Coconut Creek Family Fun Park while his sister was taken to a hospital and died later. Debbie Ward, a spokeswoman of Panama City Beach, said the family was visiting from Louisville, Kentucky.

Charges were pending as the crash remains under investigation. Officials did not immediately release the victims' names.

"This is a tragic event and our thoughts and prayers go out to the family," Ward said in an emailed statement. "We have had grief counselors and clergy with the family since this happened."

The golf course closed after the incident, according to a Facebook post, which included a Bible verse: "Blessed are those who mourn, for they shall be comforted."