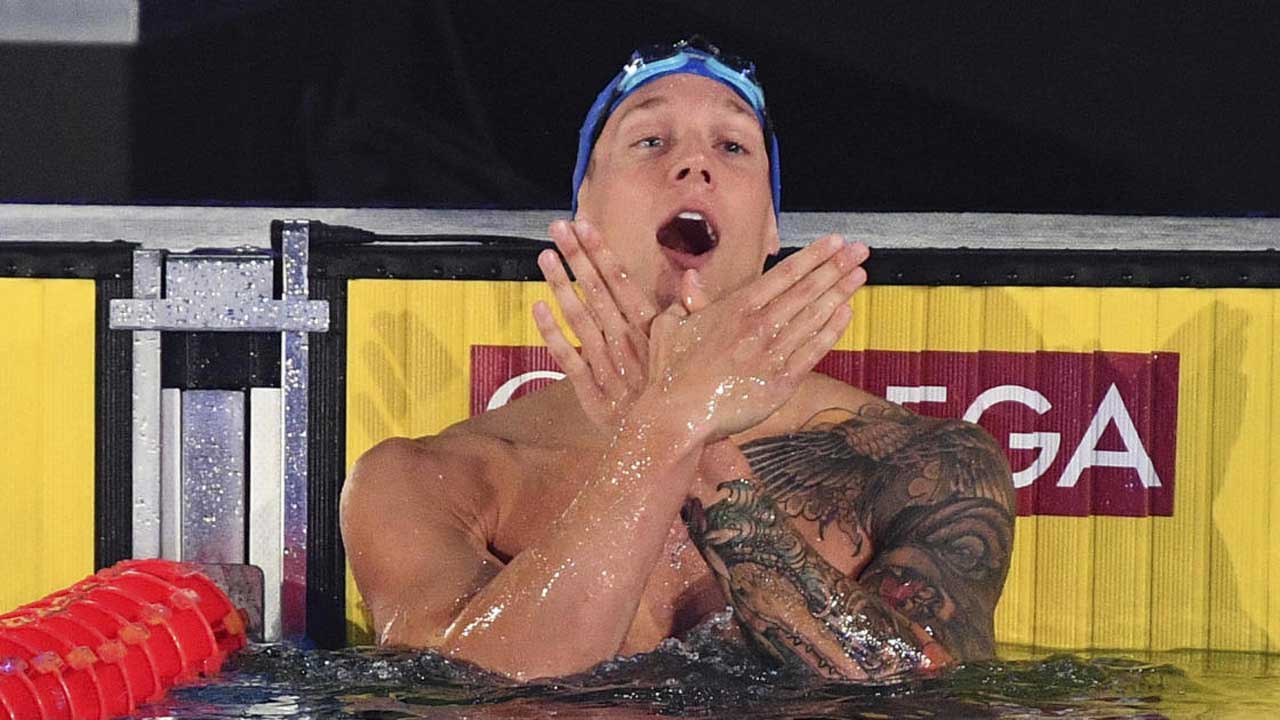 American swimmer Caeleb Dressel set a pair of short-course world records at the International Swimming League final in Budapest, Hungary this weekend. The 24-year-old Florida native broke records in the butterfly and freestyle in just 40 minutes.

Expected to be one of the top stars at next summer's Tokyo Olympics, Dressel became the first swimmer to eclipse 48 seconds in the 100-meter butterfly, touching with a time of 47.78.

"It was a really exciting day, and I'm so pleased with the times," Dressel told BBC Sport after breaking the pair of records. "It's like an amusement park for swimmers, and I'm loving it at the ISL this season, but we want to win this as a team -- that's the end goal."

In the 100 fly, Dressel broke the mark of 48.08 set by South Africa's Chad Le Clos at 2016 Short Course World Championships.

Dressel also holds the long-course record in the 100 fly with a time of 49.50 at last summer's world championships in Gwangju, South Korea.

Dressel won two relay golds at the 2016 Rio Olympics and has blossomed into one of the sport's biggest stars since, winning a total of 13 golds medals and two silvers at the last two world championships in the 50-meter pool.

"We have an extremely dominant men's side. I want to do my part the best I can, fill some shoes where I can," Dressel old CBS Local before the competition in Hungary. "But really, it's not about comparing myself to other people. I just want to accomplish what I feel like I'm capable of doing, fulfilling what my potential is."