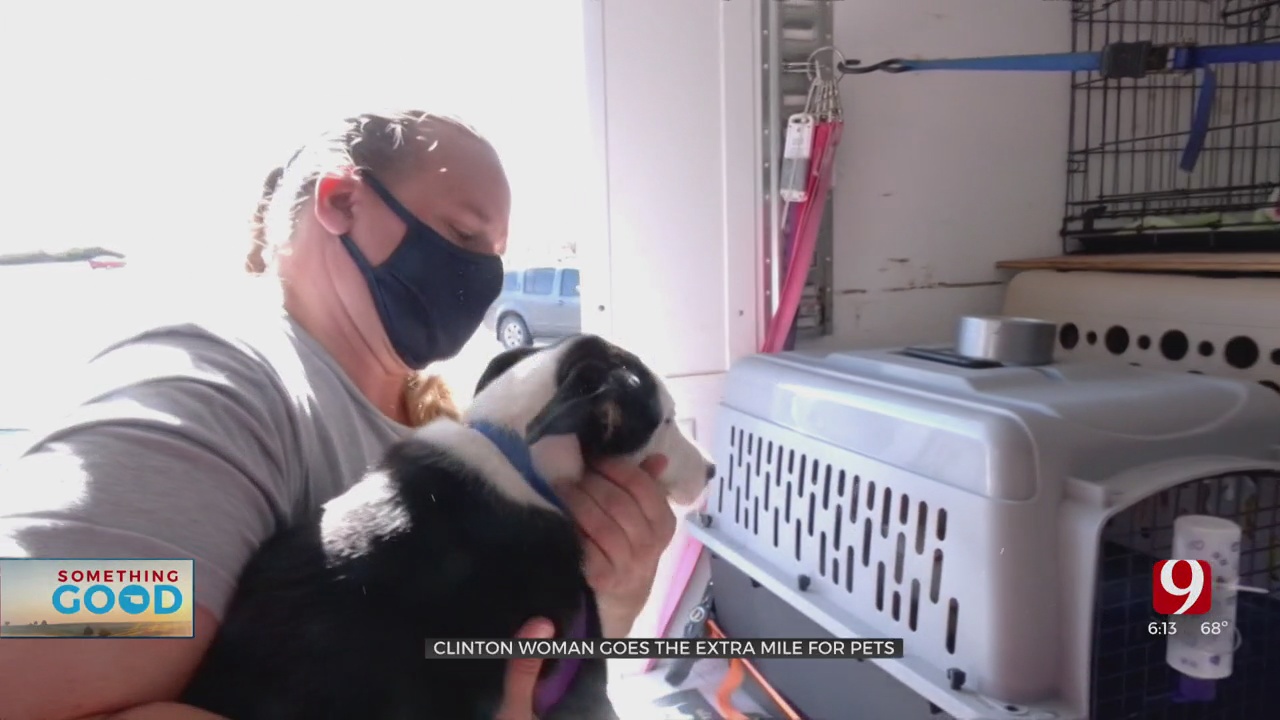 Clinton resident Heather Estrada said she has loved animals since she was a little girl. Now she's on a mission to give every animal a home no matter how far way.

She defines her free time differently than most.

Heather is the Clinton Animal Control Officer by day, and every other hour in the day, runs Haven Animal Rescue and Transport of Oklahoma, an organization she founded.

“They are facing more of a euthanasia and being put to sleep because there’s nowhere for them to go. Rescues are our option to get them moved out and save their life," said Estrada.

That’s where a party of 62 pooches is headed, Washington state, where Heather said the demand for rescue dogs is higher.

Heather has built quite a reputation. Some people came as far away as Dallas to deliver dogs for the trip.

A long way, but not as long as Heather’s drive.

With bathroom and play breaks every four to six hours.

In pre-pandemic days, she would make the drive northwest once a month, transporting 1,700-1,800 animals each year.

Sometimes making the trip alone. This one with her father, David Hopper.

“I’m just real proud of her for what she’s doing. If it wasn’t for her, we don’t know who would do it," said Hopper.

“We can make a difference, and I believe that they deserve it. You know they deserve that happily ever after," said Estrada.

Even if it means a little less free time for Heather.

Heather dropped off the dogs on Saturday, and she said some of them have already been adopted.