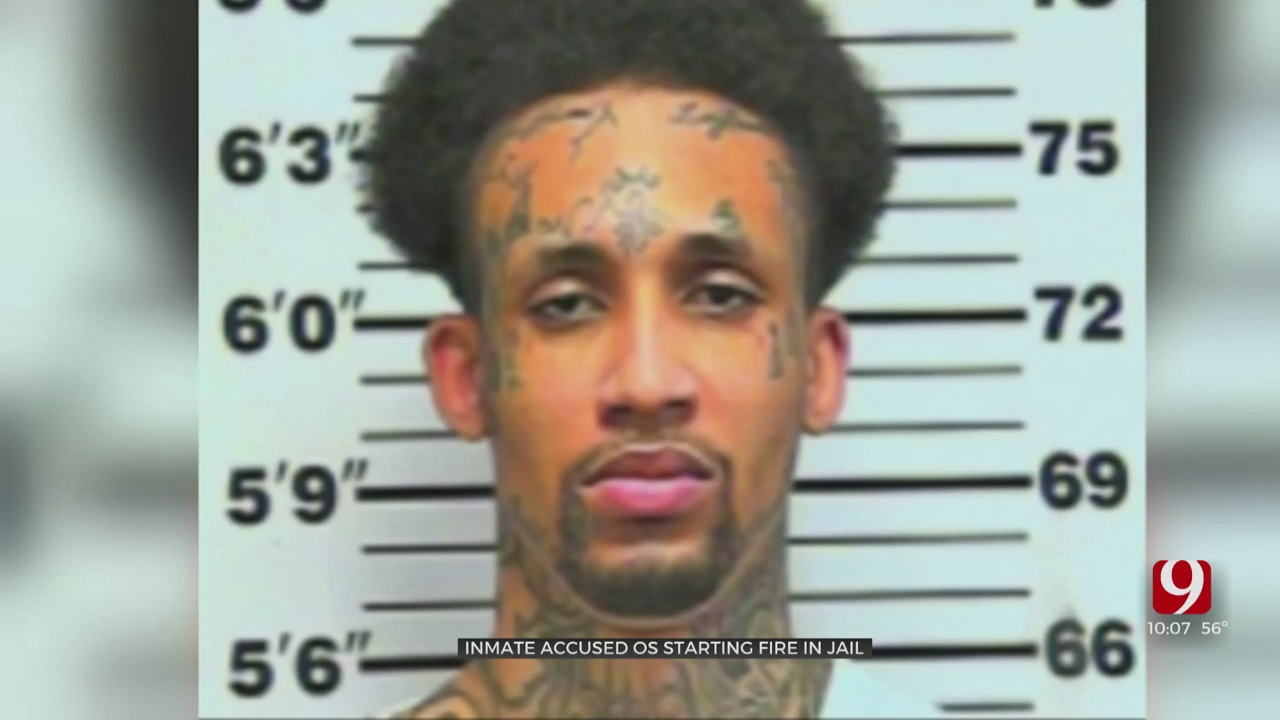 An inmate at the Oklahoma County Detention Center is accused of setting a fire inside the building.

According to Oklahoma County Detention Center staff in court records, Cimitri Conley, 27, set a fire inside a toilet located in his cell.

Clothes, books, and other unidentified items were found burned in the toilet.

An hour and a half prior to the fire, court records reveal Conley intentionally broke the sprinkler head in his cell.

Because of that, detention center staff had to cut the water off to the housing unit to stop the flooding of water.

News 9 reached out to the Oklahoma County Detention Center for more information but did not hear back.

Conley is now being accused of first-degree arson following the October incident.

It’s unclear if anyone was hurt or how much damage was done to the cell.

Conley has a long criminal history.

In August Conley was defending himself in a case at the Oklahoma County Courthouse when he became angry and threw a chair at a window.

Conley was already serving time in connection to a 2018 drive-by shooting.

According to court documents, Conley also assaulted a fellow inmate in 2018, leaving the victim "covered in blood.”