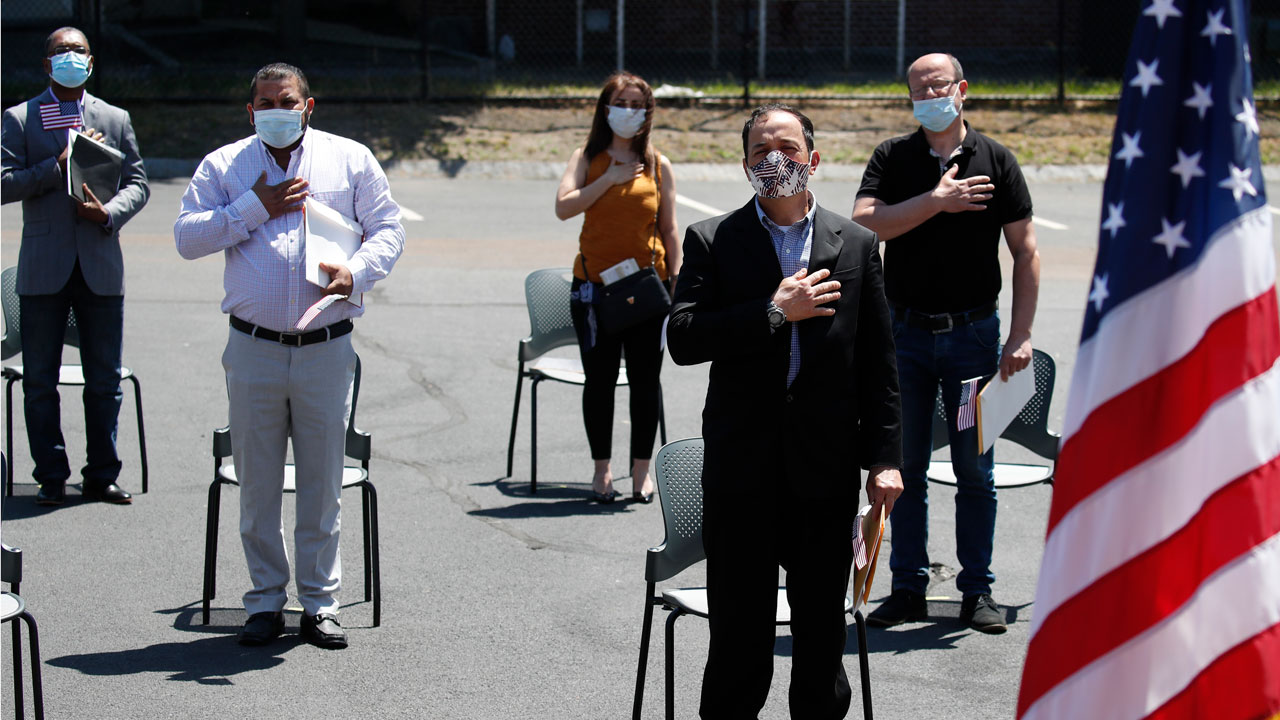 Immigrants seeking to become U.S. citizens will soon be required to answer more questions about American history and politics as part of a revised civics test announced Friday by the U.S. immigration services agency.

The civics test is one several required steps immigrants need to fulfill before becoming naturalized U.S. citizens — a process administered by U.S. Citizenship and Immigration Services (USCIS). Most applicants also undergo another test to demonstrate their ability to read, write and speak basic English.

For the updated civics test, immigrants will be instructed to study a collection of 128 potential questions on topics ranging from the structure of the U.S. government and the Constitution, to the founding fathers and wars with American involvement. The current pool consists of 100 questions, some of which were tweaked through the changes announced Friday.

For example, the 2008 list of questions includes one that asks immigrants to identify one branch of the federal government. The updated question instructs U.S. citizenship applicants to name all three branches — a task that even tripped up a soon-to-be Senator.

Responding to a question from The Alabama Daily News about potential negotiations in a divided Congress, Alabama's Senator-elect Tommy Tuberville, a Republican, said Thursday: "Our government wasn't set up for one group to have all three of branches of government. It wasn't set up that way, our three branches, the House, the Senate and executive."

The U.S. Constitution established three branches of government: The executive branch, or the president; the legislative branch, or Congress; and the judicial branch, or federal courts.

One of the new questions will be: "Why is the Electoral College important?"

The correct answers, according to USCIS, will be: "It decides who is elected president" or "It provides a compromise between the popular election of the president and congressional selection."

Some immigration experts said the revised test is more difficult than the previous one and could make it harder for certain immigrants to become U.S. citizens.

"There is no reason to make the citizenship test longer and more difficult," Aaron Reichlin-Melnick, a policy counsel for the American Immigration Council, told CBS News. "It is unnecessary and will lead to even greater backlogs and delays in the citizenship process."

"It's one thing to have to study 100 straight-forward questions and get six out of 10 right. It's another thing entirely to study 128 much more complicated questions and get 12 out of 20 right," Rand, who currently leads a Seattle-based firm that helps immigrants with immigration petitions, told CBS News.

Joseph Edlow, the de facto head of USCIS, said his agency had been working on the changes to the civics test since 2018 and considered input from adult education experts.

"Naturalization allows immigrants to become fully vested members of American society, with the same rights and responsibilities as citizens by birth, and offering a fair test, which prepares naturalization applicants for these responsibilities, is of upmost importance to our agency," Edlow said in a statement Friday.

The Trump administration has instituted several restrictions on legal immigration, including updated "public charge" rules that make it more difficult for low-income applicants to obtain green cards or immigrant visas. It has also sought to hike immigration application fees, including an 80% increase for citizenship petitions, but those changes are currently held up in court.

There is an exception to the civic test rules for immigrants 65 and older who have lived in the U.S. for at least 20 years as lawful permanent residents or are green card holders for at least 20 years. Those who qualify for this exception will be instructed to study 20 questions, instead of 128. They would then be asked 10 questions during the interview and must answer six of them correctly, according to USCIS.

Applicants who fail the civics test are afforded another opportunity to take it again during a second appointment.