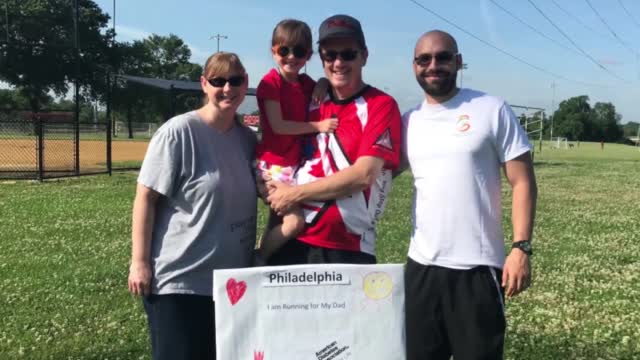 “It is the leading cause of blindness, kidney failure, amputation, heart disease, and stroke,” said Dr. Robert Gabbay from the American Diabetes Association.

He says he said the consequences of diabetes can be prevented by controlling the ABCs: A1C or blood sugar, blood pressure, and cholesterol.

Only a quarter of adults meet the goal for all three.

Now more than ever, getting your blood sugar in check is critical. People with diabetes face much higher risks for severe complications from COVID-19.

“People whose blood sugars are in worse control are the ones that do the worst if they develop COVID. If you look at all the people who have died in the U.S. from COVID, 40% of them have diabetes,” Dr. Gabbay said.

Roger Hare is getting the word out about diabetes. The 46-year-old was diagnosed last year, but he was prediabetic for years. He doesn't want others to do what he did and ignore it.

“I kind of get emotional when I talk about this. My first reaction to the doctor was, on the phone, I said, ‘These numbers can't be right,’” Hare said.

His A1C test, which measures blood sugar levels, was 12.7. Anything over 6.5 is diabetic. Hare was experiencing many symptoms like blurred vision, excessive thirst, and fatigue.

“When I was diagnosed, I have a 5-year-old daughter, and I was coming home and, ‘Oh, Daddy's tired,’” he said.

Hare said he knows it can be a lot to handle when you first get the diagnosis.

“You're not alone. It’s one of the steps in the process, is understanding and feeling overwhelmed, to the point where you want to make a change,” he said.

That's what Hare did. He started taking medication, tracking what he eats, and exercising. He dropped 40 pounds and is sticking to his healthier lifestyle.

The American Diabetes Association says while screening is typically recommended starting at age 45, many people with risk factors such as family history and obesity as well as being of African American or Hispanic descent may need to be screened earlier. You can take a Risk Test on the ADA website, here.

Building Brighter Futures: Children’s Mental Health, And What to Know