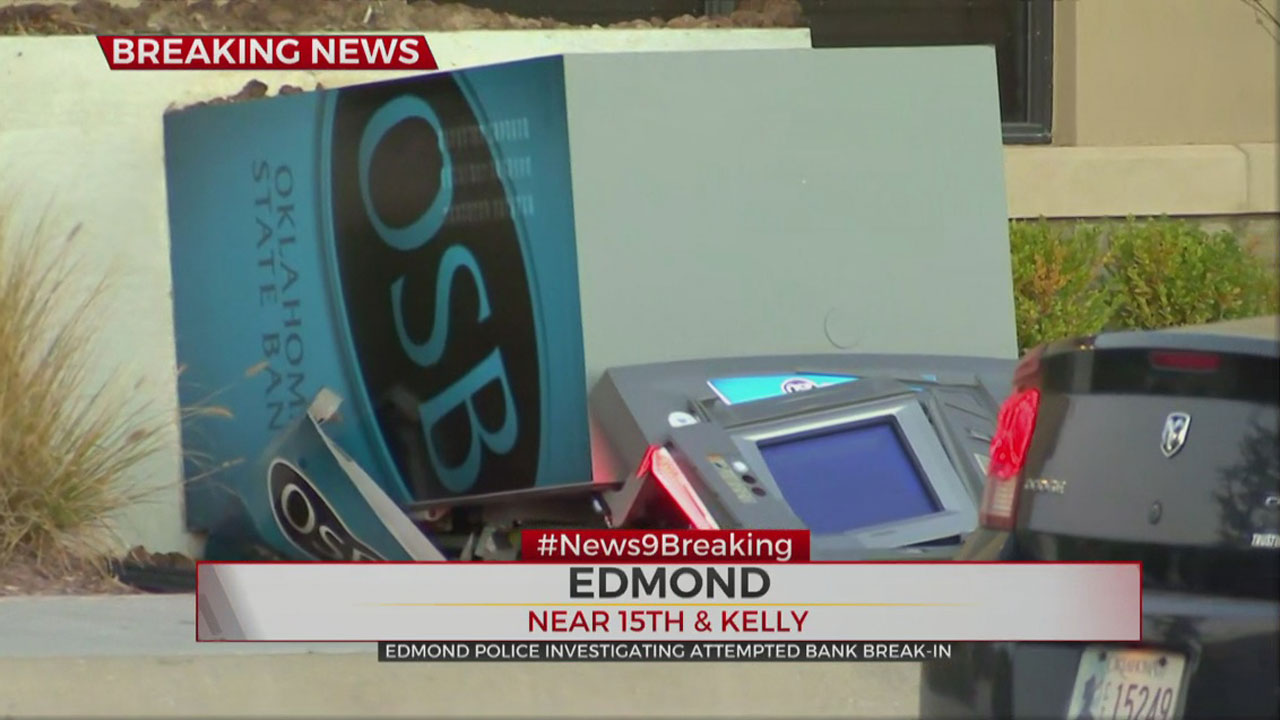 Edmond police said one man is in custody Thursday morning after attempting to break into an ATM at a bank.

According to authorities, police responded to an alarm call at an Oklahoma State Bank on South Kelly Avenue in between West 15th Street and West 33rd Street.

A nearby officer found the suspect who hopped into a Ford F250 and drove away from the scene.

The suspect eventually bailed out of the vehicle, initiating a foot pursuit where he was taken into custody at Edmond Santa Fe High School, police said.