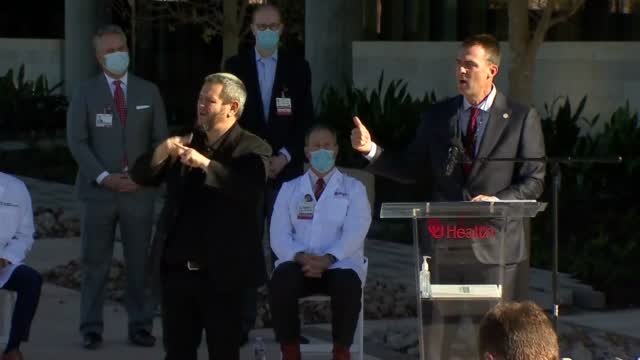 Governor Kevin Stitt Pushes Personal Responsibility As Cases Rise: 'It's Not About A Mandate' 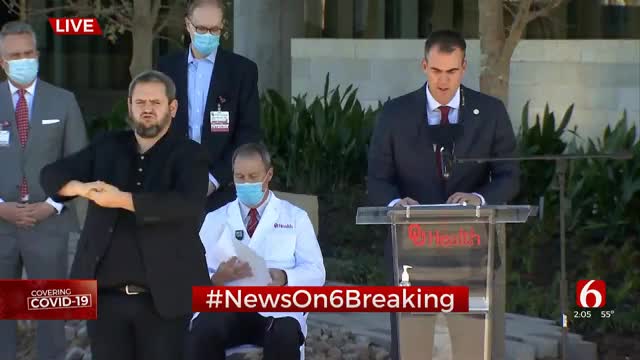 Oklahoma Governor Kevin Stitt held a news conference on Tuesday to update the public on the state’s COVID-19 cases and the steps being taken by his office to slow the spread.

The Governor continued his call for personal responsibility and promoted the efforts of the Oklahoma medical professionals who have worked hard to test and treat patients. Governor Stitt says his team has reactivated the Regional Medical Response system at the request of the medical community which will allow for easier transport of patients between hospitals. His team has also instructed the state Nursing Board to "clear any red tape" by allowing nursing students, nurses who are licensed in other states to practice in the state of Oklahoma. The Governor says he has an executive ready to issue if the medical community needs to pause elective surgeries as it did earlier in the year.

Governor Stitt also mentioned that his team is working with OU, OSU, and all other Oklahoma universities to provide free testing to all college students before they leave campus for the Thanksgiving holiday. Stitt asked all students to get tested before seeing family and to help slow the spread.

COVID-19 cases in Oklahoma are hitting new highs, with more than1,700 cases reported on Tuesday, 2,100 new cases in the state on Monday, and 4,500 on Saturday, bringing the running total to more than 140,000 cases in the sooner state.

The Governor justified the lack of a statewide mask mandate by referencing the state of Illinois, stating that they have a mandate and don't allow indoor dining but have a higher amount of COVID cases per capita. Commissioner of Health Lance Frye and other health care leaders spoke at the press conference as well highlighting the promise of a vaccine, the state of elective surgeries, and the availability of testing.