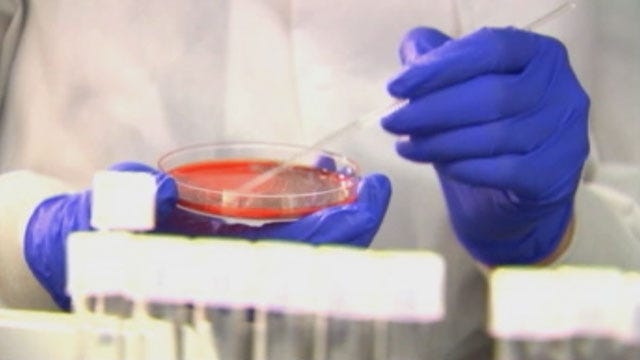 The Centers For Disease Control (CDC) is calling it a nightmare bacteria killing roughly half of infected patients. A brand new superbug called CRE is resistant to even the strongest of antibiotics, and it is currently spreading from state to state.

The bacteria is so new that only six states require hospitals to report infections to individual state health departments. Oklahoma is not one of the six, which makes it difficult to know what the current impact is in Oklahoma.

"It's scary because we don't necessarily have the antibiotics that will hit it because these bacteria … get stronger and stronger," Dr. Mary Ann Bauman, News 9 medical expert said.

CRE is too strong to flat-out-knock-out, so the best advice, experts say, is to try not to get the infection in the first place.

"Wash your hands because this [bacteria] is spread from person to person on unclean hands," epidemiologist Becky Coffman with the Oklahoma Health Department said. "We know that CRE is in Oklahoma. We don't know of any areas where there are problems."

Coffman says the general public should not stress out. The concern is for people in hospitals and nursing homes -- patients with previous illnesses and weak immune systems. Those individuals are the most likely to contract the deadly bacteria.

"Hospitals are places where people can't fight infections as well and there's a lot of bodily fluids because people are ill," Bauman said.

Currently, several states are working to require hospitals report the number of CRE cases to the government in an attempt to get a better idea of the bacteria's progression and migration. However, Oklahoma has no plans to make CRE reportable just yet.

"It gets a little difficult to make every little resistant organism reportable," Coffman said.

Although the Oklahoma Department of Health says there have been cases of CRE in the Sooner State, Oklahoma is one of eight states where CRE cases have not been confirmed by the CDC.