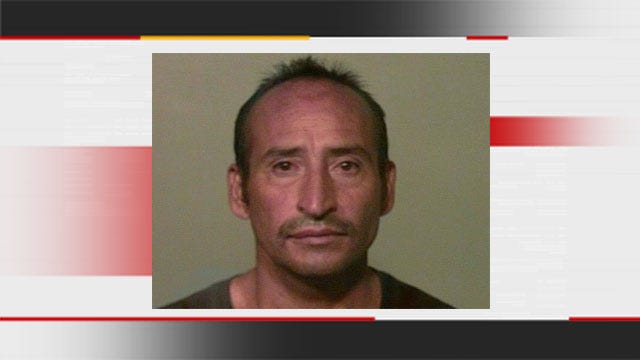 The owner of a bar in southwest Oklahoma City staged his own sting and caught a man suspected of trying to burglarize his business.

Just before 6 a.m. on August 19, police were called to Chucho's Bar at S.W. 34th Street and Robinson. When officers arrived they found suspect Jose Villalobos, 51, hog-tied inside the bar.

The owner told police the bar had been burglarized several times, so he waited inside the business after it closed, hoping to catch the crooks.

The owner said Villalobos used a framing hammer to pry open the front door of the bar. When Villalobos stepped inside, the owner grabbed him and bound his hands and feet, using a belt.

Villalobos claimed he was innocent. He apparently worked at the bar before the new owner took over. Villalobos told police he was in the parking lot in front of the bar when the owner pointed a gun at him, dragged him inside the building, and tied him up.

Police arrested Villalobos and booked him into the Oklahoma County jail on a complaint of second-degree burglary.