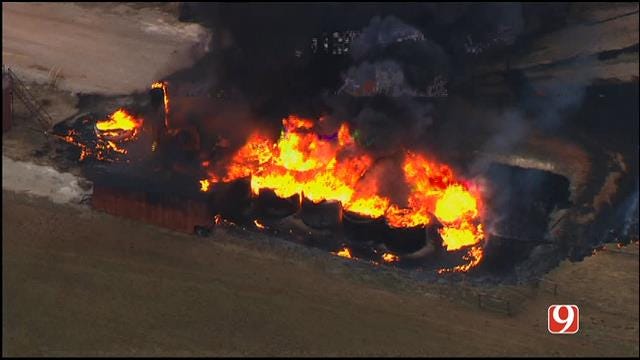 The fire was contained after 5:30 p.m. once crews used foam to put the fire out.