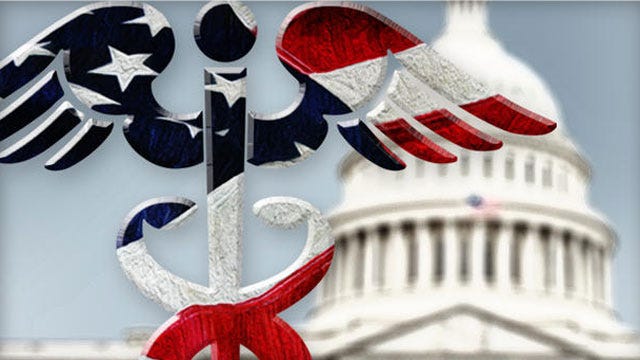 A federal three-judge panel on Tuesday ruled that the government cannot dole out subsidies to consumers on federally-run Obamacare marketplaces, delivering a significant blow to the new health insurance system.

More than half of the states rely on federally-run marketplaces, and were subsidies not available in those states, Obamacare could be too costly for many customers.

The D.C. Circuit Court of Appeals' 2-1 ruling rests on the interpretation of one sentence in the Affordable Care Act. Section 1311 of the law says the federal government will give subsidies to eligible consumers who buy insurance from an exchange "established by the State." Consequently, the court panel agreed with the argument put foward in Halbig v. Burwell that subsidies aren't available to customers in the 36 Obamacare exchanges that were established by the federal government (including two states, Idaho and New Mexico, still developing the IT platforms for their respective state-based marketplaces).

White House spokesman Josh Earnest on Tuesday stressed that the ruling "does not have any practical impact on [consumers'] ability to receive tax credits right now."

He also said the ruling ignores the obvious intent of Congress to make subsidies available nationwide: "You don't need a fancy legal degree to understand that Congress intended for every eligible American to have access to health care credits."

Justice Department spokesman Emily Pierce called the decision "incorrect, inconsistent with Congressional intent, different from previous rulings, and at odds with the goal of the law: to make health care affordable no matter where people live."

Pierce confirmed the Justice Department will immediately request an en banc hearing, which would require all 11 active judges on the D.C. Circuit Court of Appeals to reconsider the case. Given that most of the judges were appointed by Democrats, the administration should have a better chance of winning that round. If the government lost yet again, it would likely ask the Supreme Court to review the case.

Michael Cannon of the Cato Institute, a libertarian think tank, and Jonathan Adler of Case Western Reserve University School of Law first made the case against the subsidies, arguing that Congress wanted the subsidies to serve as a reward for states that established their own exchanges. Obamacare's "congressional sponsors created incentives for states to implement much of the law and reasonably expected that states would do so," they wrote.

However, seven high-ranking Democrats who helped craft Obamacare, as well as dozens of state lawmakers, filed a brief in the case to explain what they said is the true intent of the law.

"The purpose of the tax credit provision was to facilitate access to affordable insurance through the Exchanges--not, as Appellants would have it, to incentivize the establishment of state Exchanges above all else, and certainly not to thwart Congress's fundamental purpose of making insurance affordable for all Americans," they wrote.

Meanwhile, a federal judge on Monday threw out a separate challenge to a portion of Obamacare, put forward by Sen. Ron Johnson, R-Wis. The senator filed a lawsuit challenging the federal subsidies for lawmakers and congressional staffers who purchase health insurance through Obamacare exchanges. Judge William Griesbach ruled that the senator didn't have standing -- in other words, he could not move forward with his suit because he wasn't personally harmed by the administration's actions.