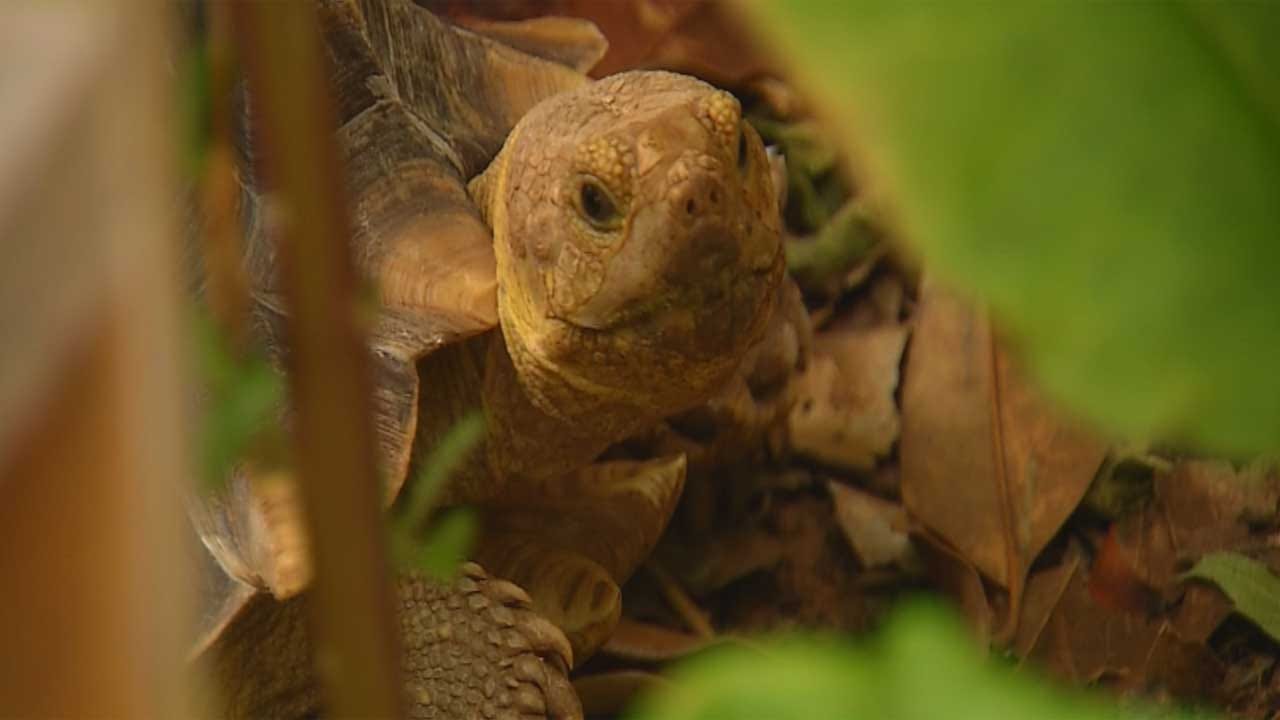 An exotic discovery was made west of the metro. A tortoise native to the Sahara Desert apparently lost his way. However, the power of social media quickly helped reunite him with his owner.

“He's a fun pet to have and usually low maintenance,” said Becca Funa who owns the exotic tortoise.

A welcome sign hangs inside a gated area in the backyard of her Yukon home, where it’s home sweet home to Desta, her 25-pound African Sulcata Tortoise.

“Oh there he is, you see him, come here buddy,” she said after finding him hiding under a shrub.  “In the summertime, he just stays out here.”

Happy and content, he does likes to hide, under bushes or behind the shed.

“He doesn't stay put very long unless you’re getting him something yummy to eat, then he'll stay put for a little while,” Funa said.

During News 9's visit, it was kale that kept him still. However, Funa warns what happens if you leave the gate open.

He leaves everything behind and quickly becomes adventurous.

“He's pretty fast, he can move,” she admits. “You can't exactly put a collar on him.”

That's what Funa thinks happened on Friday when she couldn't find him. Desta has run away from home twice now, this last time they believe he came around the house and headed west. He was found about a mile away by Rhonda Jackson and her daughter Tabby here at Mulvey's Pond inside the Yukon City Park.

“We went to the park to look for it after a friend posted pics of it,” Jackson said in a Facebook post. “I sent the pics to my sister in Kansas and she informed me that it was not native to this area and encouraged me to find and rescue it.”

So that’s what she did. Jackson took Desta to the Yukon Police Department. Desta’s picture was quickly shared on Facebook.

“My phone started blowing up and it was like 'is this Desta?' Yes, probably because I can't find him anywhere,’” Funa said.

She was soon reunited with Desta, without a scratch, and thankful to have him back home.

“He's definitely a part of our family,” she said.