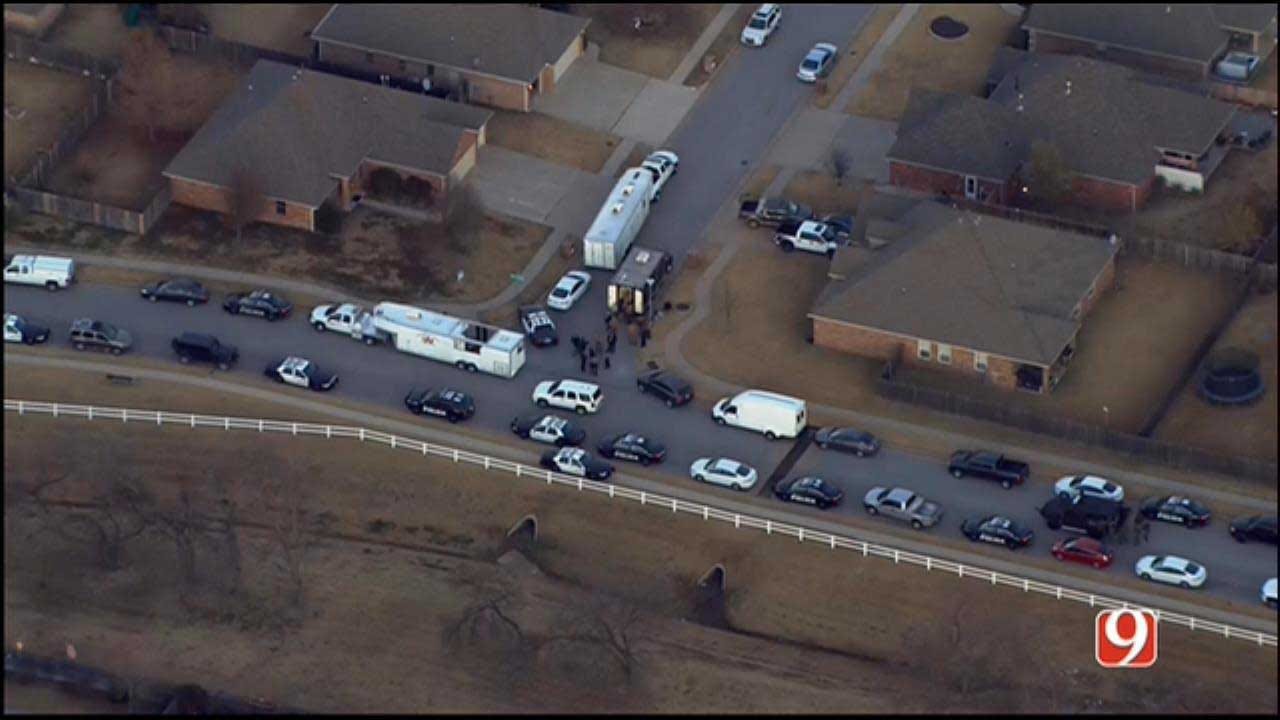 A standoff situation in NW Oklahoma City ended after two hours when police discovered the suspect was not inside the home.

According to police, officers initially responded to a home invasion call near Wilshire and County Line Road, around 4:30 p.m.

The home owner was treated at the scene but was uninjured.

Police describe the suspect as a Hispanic male in this 20's or 30's.