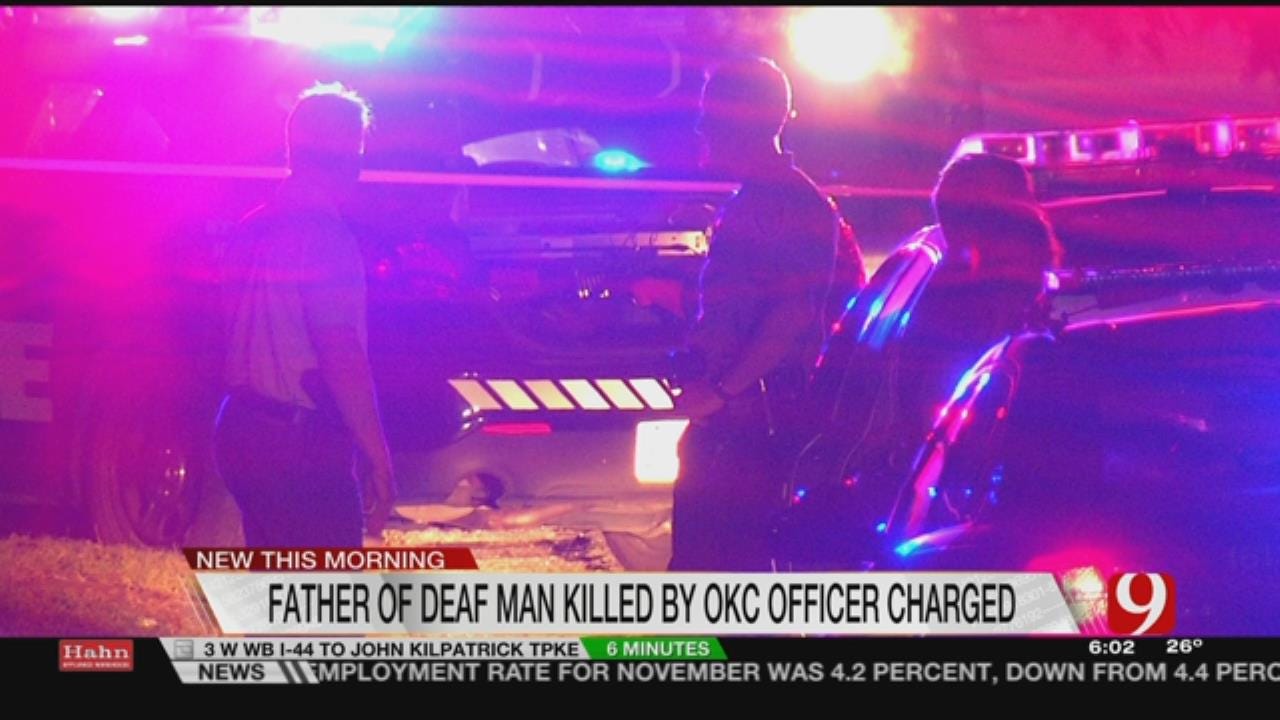 The father of a deaf man fatally shot by Oklahoma City police is now facing charges.

Adan Sanchez-Gallegos has been charged in the hit-and-run wreck that led to the shooting of his son, Magdiel Sanchez.

According to Oklahoma County prosecutors, Adan Sanchez-Gallegos failed to yield at a stop sign and an intersection in south Oklahoma City on Sept. 19. Video surveillance showed his vehicle rolling after it was t-boned in an intersection. Instead of waiting for police, Gallegos is seen driving home about a block away. Once home, police said, Gallegos left his son, a deaf and mentally impaired Magdiel Sanchez, outside.

When police arrived to investigate the wreck, Sanchez was near the pickup, authorities said. He was shot five times after refusing to drop a metal pipe.

District Attorney David Prater later determined the officer who shot him was acting in self-defense.

Gallegos has been charged with leaving the scene of an accident with personal injury.

Gallegos also admitted to not having a driver's license or insurance, police said.