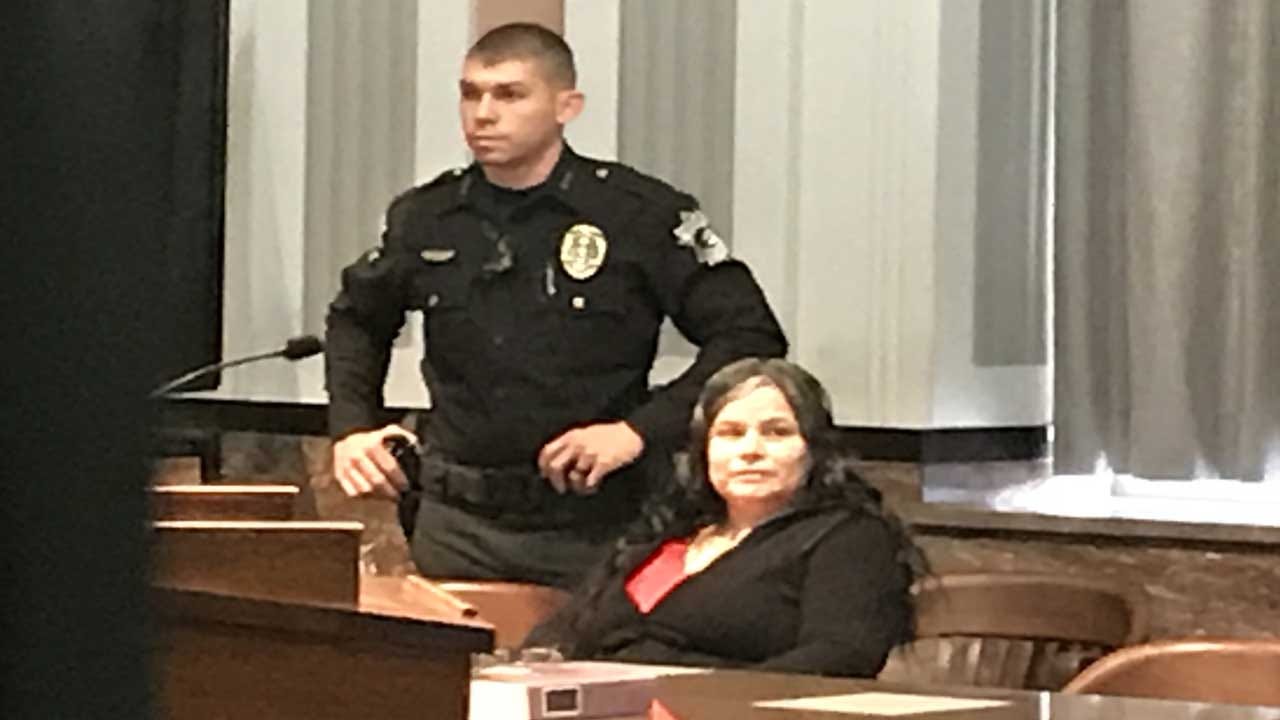 A murder trial for an Oklahoma City mother is underway.

Juanita Gomez, 50, is on trial accused of brutally killing her daughter by beating her and forcing a crucifix down her throat.

Jurors heard from several witnesses Tuesday afternoon. The first witness to take the stand was the victim’s boyfriend. Francisco Merlos explained the graphic details of the day he found his girlfriend dead inside her mother’s home.

It is a memory Merlos cannot forget. Merlos became emotional when telling jurors in Judge Elliott’s courtroom his girlfriend, 33-year-old Geneva Gomez was unrecognizable. He went to Gomez’s home on Aug. 27, 2016, to check on his girlfriend after not hearing from her the day before the murder.

Merlos told the court, the victim was on the floor in the home, her head and face badly beaten and her arms out like a cross. While at Gomez’s home he said he feared she would kill him. Jurors also heard the boyfriend’s frantic 911 call.

The 50-year-old mother was arrested and charged with first degree murder. She has pleaded not guilty to the horrific crime.

The medical examiner ruled the victim died from blunt force trauma to the head, had multiple injuries on her body and a medallion and crucifix was lodged in her throat.

Prosecutors expect a quick trial and asked jurors if they can consider circumstantial evidence because there were no witnesses to the murder. Jurors left the courtroom with one last image for the day, the lifeless victim, beaten with a large crucifix on her chest.

Gomez also became visibly emotional, crying when pictures of her daughter were shown in court.