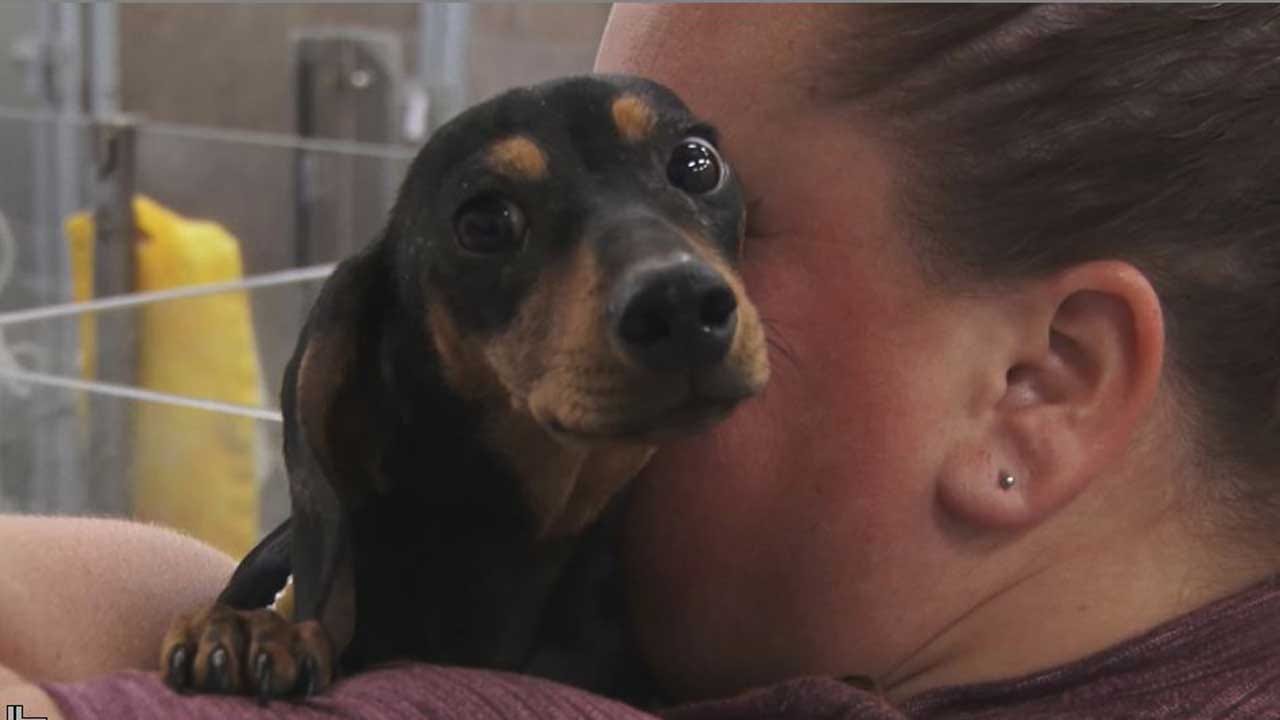 A Lawton family is relieved after an Oklahoma City veterinary hospital agrees to pay expenses for their six-month-old dachshund named “Sprocket”, who was tortured at the hands of a child.

The beating happened while the family was away at dinner.

Cameras caught the child beating Sprocket, slamming the dog onto the ground, and throwing Sprocket up in the air.

The child left the home and returned four different times. On the fourth time, cameras caught the suspect with a baseball bat.

Sprocket was found underneath a potable shed in the family’s backyard with a rock over him. He was unable to move.

Winbush was in disbelief when he learned Neel Veterinary Hospital agreed to pay the $3,000 surgery bill.

“I kind of thought it was a joke to start with and I told my wife to call,” said Winbush. “Here we are, I just can't thank them enough.”

Vets say Sprocket has a fractured femur on one side and a tibia fibula fracture on the other side.

One of two surgeries was performed Wednesday.

Jeff Hicks, an associated veterinarian at Neel Veterinary Hospital, tells News 9 that Sprocket will likely return to near full health.

“Most of the time these dogs do really well,” said Hicks. “The fact that there is not a joint involved is a nice thing, he is a young dog, so these fractures will tend to want to heal on their own.”

A GoFundMe page was established Tuesday to help pay the $3,000 surgery bill. By Wednesday afternoon, nearly $8,000 was raised for the family.

The Winbush family says that money will be donated, with Neel Veterinary Hospital at the top of the list.

Winbush has taken a lot away from the entire experience.

“I’m not going to say never trust people but always keep your guard up with all your pets,” said Winbush. “Some people have the good in them, some don't want to be good, some can be fixed, and some can't.”

Lawton police say they’re investigating and know the identity of the suspect. They say they’ll be contacting the juvenile bureau and will release more information later in the week.

It will be at least a week before Sprocket is able to return home.